Videocon has rolled out its new range of 4K UHD LED TVs for India with prices starting from Rs 91000 and featuring screen sizes measuring between 40 inches and 85 inches. 4K resolution panel images are composed of more than 8 million pixels, rendering 3840 x 2160p quality visuals which is about 4 times sharper than what 1080p full HD displays can offer.

The Videocon LED TV sets are capable of 3D, so that you’re sucked right into gaming and movie experiences. The Videocon LED TVs also include a motion sensing feature paired with 3D gaming to augment the overall entertainment value. And of course, there’s integrated access to an app store over internet connectivity too. 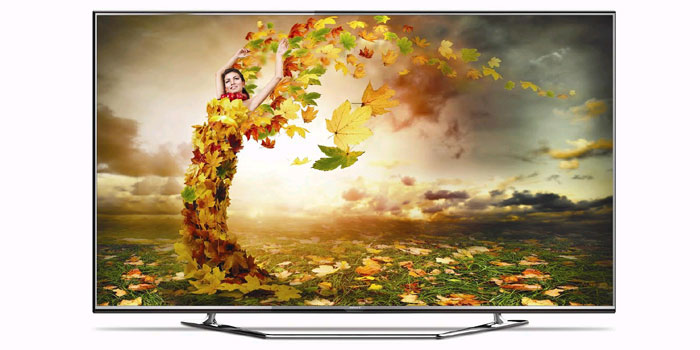 The Videocon 4K UHD LED TVs have been given N screen and Home Cloud technology so users can beam media content stored on their phones directly to the large screen over a Wi-Fi connection. With Wireless Display (Intel WiDi), streaming of movies or videos from a mobile device to the TV is also made possible.

Buyers will be able to employ the Videocon UHD TV’s MHL interface for connecting it to their smartphone, tablet or any other compatible gadget while charging the device at the same time. No more clicking buttons as the remote control accompanying the system has a touch pad and navigating the various functions is touted to be pretty simple.

Five models of the Videocon 4K UHD LED Smart TV with 40-inch to 85-inch displays are scheduled to hit the Indian market by September.