The Android version of Viber has just been blessed with an update that infuses the instant messaging and voice calling application with the ability to work with Android Wear gadgets. Aside from that, there are a few other interesting additions which have been made to this app as well.

Available for download right now through the Google Play store, the 5.3 version of Viber lets Android Wear users send and receive messages from their smartwatches. Of course, this does not mean that the voice calling features of the app will also be working on these gadgets, as they don’t have their own speakers. 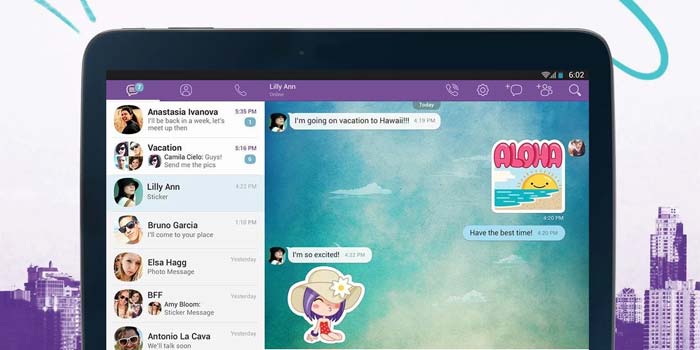 An interesting new addition that will be welcomed by those who constantly have group chats on Viber is the ability to become administrators of their groups. This will give them a much deeper control over their group chats, while also allowing them to edit the information and delete participants.

The developers of this popular utility have also revealed that the new version of Viber comes equipped with clearer contact information than before. You will now get to see a person’s name as well as photograph even if their details are not saved in your contact list.

Also Read: Viber gaming service starts rolling out to users from all over the globe

Lastly, several enhancements to the Public Chat attribute of this app have found their way into the 5.3 version of Viber. For those unaware, this is a feature that lets users have live discussions with celebrities and personalities whom they can follow.

Like we said, the new version of Viber is currently available for download through the Google Play store. If you already have the app installed, you should receive a notification to download the update soon.