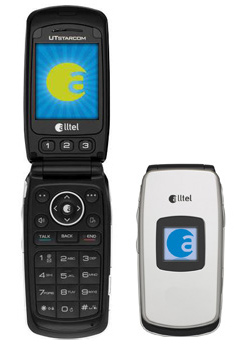 The screen-type is easy-to-read with large fonts. The main display screen of the handset features two-inch 262 Color TFT (176 x 220). When flapped down, an external display of one-inch monochrome STN (96 x 96) is designed for viewing incoming calls, alerts, digital clock, battery life and signal strength, effortlessly. It also has a distinct and clearly marked keypad with larger buttons that would make the users comfortable to understand the keys and their functions.

The clamshell-styled CDM8630 incorporates ten one-touch speed dialing entries through which ten different numbers can be saved and easily dialed. A special directory is installed in the device through which emergency contacts and personal information can be saved and viewed in “Case of Emergency”. A unique one-touch 911 button facility is provided for help which can be accessed at anytime with minimal effort.

The phone is intended with a built-in speakerphone and an advanced voice activated-dialing that makes it simple to communicate with friends and family through hands-free. Sending text messages through CDM8630 is also easier as it holds a large keypad and fonts as well as T9 predictive text capability.

The planned design of CDM8630 is with a clear vision. The bright red charger jack is located on the right hand side of the device as matured citizens will have no difficulties in recharging it. The Lithium Ion 920 mAh battery lasts up to 221 minutes of talk-time, and 229 hours on stand-by.

In addition to the regular features, the handset includes an enhanced phone book that holds up to 500 entries, vibrating alert mode and TTY/TTD capable. TTY/TTD installed in the headset supports aids for the deaf and hearing-impaired users.

It is important to note that the device does not have the other frills, such as Bluetooth, MP3 player, camera etc, which more or less are added advantages to a device but not necessarily a must-have.

UTStarcom has always made its presence valid in the process of communication. By creating CDM8630, mobile communications has become simple and easy for older adults. The availability of the CDM8630 is with two carriers in the market. Alltel offers the headset in $20 with discount and a contract of two years. Whereas, Verizon offers the same contract of two-years without discount, at price of $50.