Home Apps Twitter debuts ‘While you were away’ for iOS, Android and desktop support...

You’re not going to like Twitter’s new ‘While you were away’ feature which has been launched for its iOS app if you hate all the clutter that Facebook’s News Feed seems to encourage. For others who feel tweets fly by too fast in their timeline, the recap function is probably just what they needed.

Twitter’s been torn between acting like itself and pretending to be a social network such as Facebook for a couple of years now. The company’s co-founder Evan Clark Williams, was once caught saying that companies which want to give people the next great idea, will have problems. 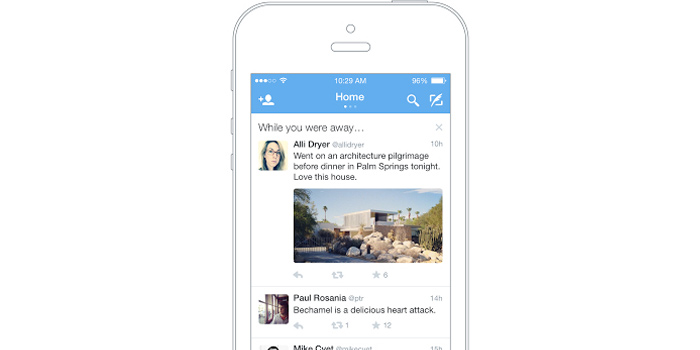 Twitter was the ‘next great idea’ at a time when Facebook ruled the face of socializing virtually. The former has gained popularity as the center for breaking news, but you have you to be there to grab it hot. Not everyone can or will stay signed into the website at all times of the day.

While Facebook tries hard to be Twitter, the latter is putting as much effort into being more social. ‘While you were away’ is just its latest attempt to do so. It will deliver the ‘best’ tweets to users when they sign into the site. Now you’re probably wondering what will qualify as recap-worthy?

The tweets which are to appear when a user checks in, are automatically selected based on engagement and ‘other factors’. The more time you spend signed into Twitter, the less likely you are to see the recap section in your feed. We don’t know about you, but we think it goes against the nature of the site.

The ‘While you were away’ recap feature is only available for iOS right now. It will take some time until Twitter for desktop and Android get it too.