Apparently, Twitter has planned on being known for more than just microblogging. We say this because rumors citing a mysterious standalone music app by developers over at the company have begun to crop up.

Whispers around town say that the company is gearing up to launch this service at the Coachella fest which is an annual music and arts festival held in California. This event generally takes place on the weekends over two weeks. The folks over at The Verge have however reported that an insider of AllThingsD confirms the app’s formal announcement having been slated for sometime during this weekend. Although, the post does remark that the launch may not compulsorily take place today itself. 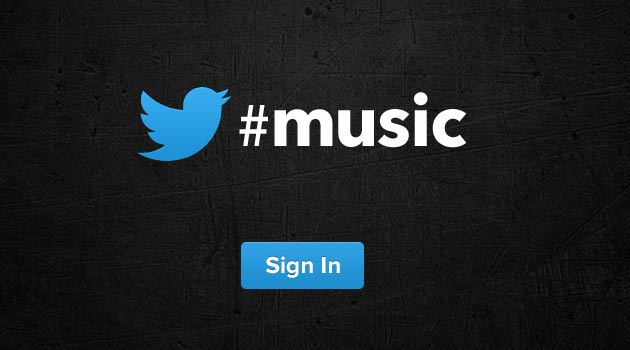 The article further treats us to a fair idea of what can be expected from the upcoming service. Through third-party utilities such as iTunes and Soundcloud users will presumably be able to listen to music clips from within the app. It is also quite possible that videos proffered by Universal Music- and Sony-owned Vevo can be viewed using the service.

Getting the rumor mill running faster is the news which speaks about the social network having acquired We Are Hunted. Those who are hearing the name for the first time should know that the web service managed by Hunted Media, had specialized in browsing through the Internet to discover latest music. This news was initially spilled through CNET after the acquisition took place on April 11. 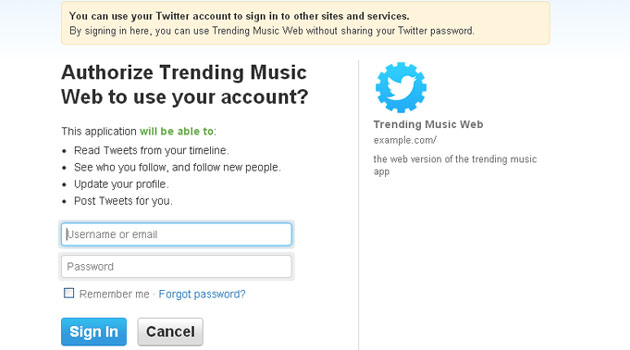 Meanwhile, the company’s placeholder site has been drawing some attention. Although it unabashedly flashes the ‘Sign in’ icon below a music hashtag, logging in proves to be of no use just yet. Instead, it automatically directs people back to the same page. But, the header lets out that using this service will render access to the purported utility’s web version, dubbed Trending Music Web, without the need to share social networkers’ passwords. 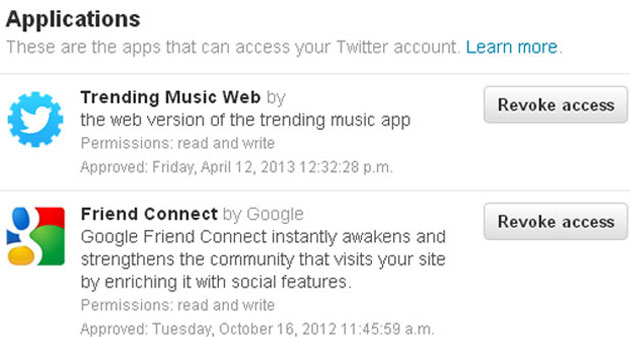 As seen in the picture given above, Twitter verifies the arrival of the web version as well as the standalone app. To get to this page, people will have to click on the ‘Applications tab’ link towards the bottom of the sign in page.