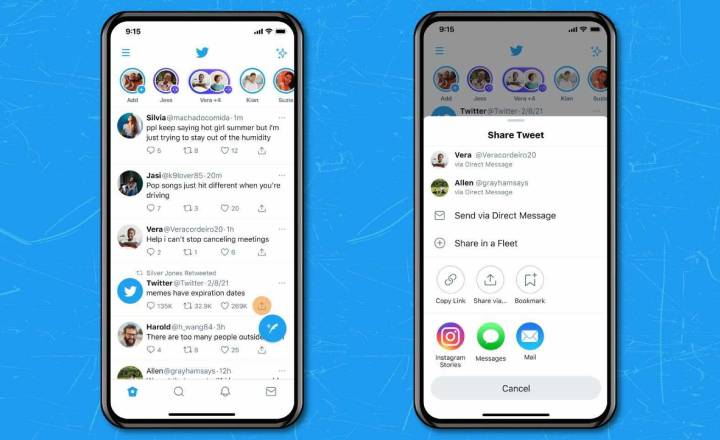 If you’re someone who regularly shares tweets to their Instagram Stories, you’re going to love this new Twitter feature. It allows you to use the share functionality on Twitter to directly post any tweet to your Stories. No longer will you need to capture a screenshot to do that. This new attribute has only been made available for the iOS version of the app, however.

Twitter had tested this feature last year and the company is now finally ready to make it available to everyone. We won’t be surprised to see the Android version of the app get in the coming weeks. This new addition was announced by Twitter’s official account with the cheeky quote “pls stop posting screenshots of Tweets on IG Stories. you can now share Tweets directly on iOS.”

When you hit the share button and choose to share a tweet on your Instagram Story, a draft is created and you can now add stickers, emoji, or text to it before posting it. Additionally, you can even share the Story with your friends or in a group. It must be noted though that these tweets don’t link back to the original and only appear as images.

Tweets with text and photos are appearing perfectly on Instagram Stories, but those with videos embedded in them are just being uploaded as static images. This follows a similar feature that was granted to Snapchat users last year.