Truecaller has rolled out an update to its Android app which activates a real-time Hindi transliteration of its caller ID tool. The feature will be available to all devices running version 6.1 of the application.

To start utilizing the function, users have to go to settings and set the language to Hindi. Once the switch has been made, caller ID will automatically be displayed in Hindi. Truecaller VP of growth and partnerships Kari Krishnamurthy said the brand decided to offer the feature in order to appeal to non-English speaking consumers in India. 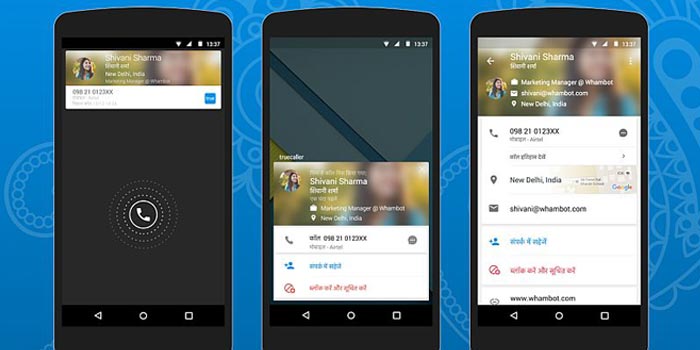 Truecaller recently crossed the 100 million user base milestone in the country. It apparently identifies 900 million calls per month, with 1 in 7 calls being labeled as spam. Krishnamurthy claims the company’s research had indicated that people utilized the app majorly because it helped them identify incoming calls, which is why it decided to leapfrog from only translation to transliteration in Hindi.

Truecaller recently announced it would come pre-loaded with the Samsung Z3 Tizen OS-based smartphone. It also launched its sister app Truedialer for users of the software. It further released an upgrade to its Windows Phone platform to support Windows 10 Mobile. The application went through an extensive redesign and added several new functions.

For instance, it now allows individuals to block Top Spammers in a region and customize their own list of unwanted callers they want to shut out. Truecaller will further let them see the general location of where they’re getting the call from and the operator information based on the area code and mobile number.

The latest version of Truecaller for Android can be downloaded via the Google Play Store.