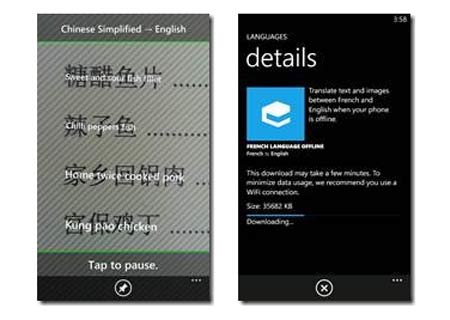 A new version of the Translator App for Windows Phone by Bing is available free of charge just when people might be busy packing their bags for vacations. Handset owners simply need to point to the desired piece of information they wish to translate using the phone’s snapper, making it ideal for on-the-go users.

Sign boards, bill boards, restaurant menus or practically any sort of data can be converted to the desired language. Alternately, users can speak out the words to be translated as the built-in voice recognition technology takes care of the same. Lastly, the text can also be entered by the general keypad of the phones. 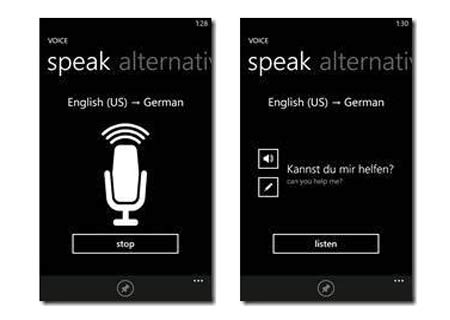 Distinct language and phrases can be downloaded so that the translations can be carried out even without a network connection. In case of voice inputs, the translation is provided in the native speaker’s diction and requires internet. This software functions offline too, if the language pack is ready at hand.

Something known as word of the day graces the homescreen that should help enhancing the vocabulary. This app could be used even when trying to get acquainted with a foreign language. For now, the software can translate in French, English, Spanish, German, Chinese Simplified and Italian dialects. 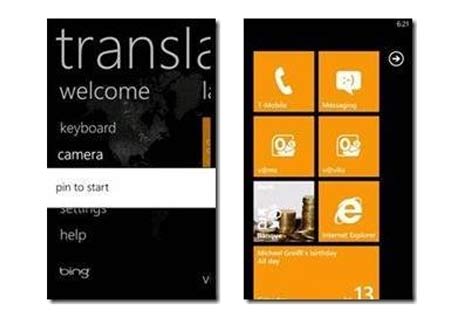 This software basically incorporates a built-in customized and compressed translation mechanism. The technology harnessed by the app is similar to the one seen in Bing translation used on the web.

The Translator App for Windows Phone by Bing can be downloaded for free through the Marketplace.