As far as major Indian telecom companies are concerned, Reliance Jio has been given free rein to reach its goal of 100 million subscribers as soon as possible. The telecom regulatory authority of India (TRAI) didn’t interfere when the new entrant announced its Welcome Offer, nor did it bat an eyelash when the company extended free services to subscribers until March 2017.

Now that Bharti Airtel has filed a petition before the Telecom Disputes Settlement and Appellate Tribunal (TDSAT), accusing TRAI of ignoring these Jio violations, the regulatory body appears to have finally decided to act.

Jio is only allowed to extend free promotional deals for up to 90 days, according to TRAI guidelines. So its Welcome Offer which presented voice, data and text messages at no cost, could only be made available between September 5 and December 3, 2016. 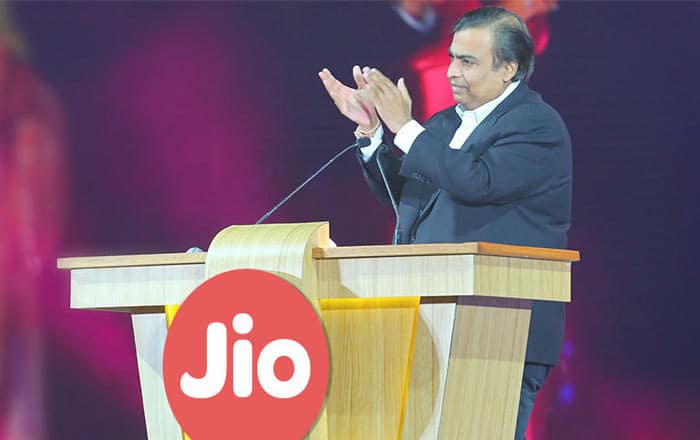 But by the beginning of December, Reliance Jio already announced ‘a brand new’ Happy New Year Offer for new or existing customers that would deliver similar benefits as the Welcome Offer until March 31 next year.

Now TRAI has asked Jio to explain the difference between the two offers and why the new deal should not be treated as predatory. If you have a Jio SIM you’ll know that the latest scheme puts a 1GB cap on daily data usage.

Of course, the ordinary citizen and other telcos have not failed to see what the telecom regulatory authority seems to have missed. The Happy New Year Offer is clearly a ploy to circumvent the 90-day rule on promotional deals.

It’s not like the Mukesh Ambani-run company hasn’t acted uncomfortably shady while aiming to get more people onto the Jio network. Remember the time it posted full page ads with the face of the Prime Minister in major newspapers?

The network operator also released a video advertisement ‘dedicated’ to the Digital India initiative. The implication is clear – Jio has the PMO’s support. The telco may face a paltry fine of Rs 500 for misusing the Prime Minister’s image. 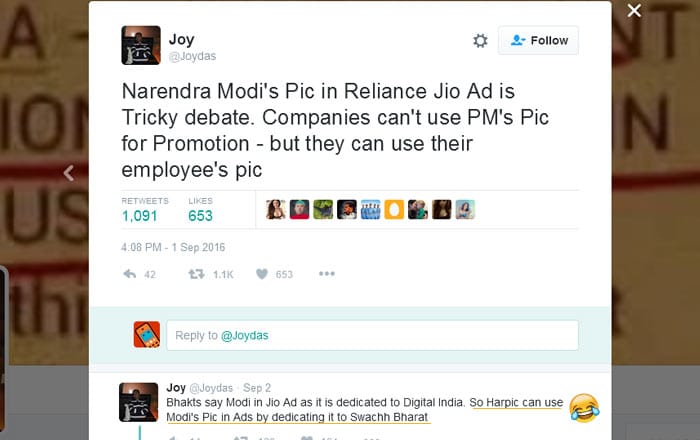 Why are Reliance Jio’s free telecom services a problem?

– They are eating into the revenue share of competitors who might already be offering these services at the best price they can afford, while continuing to invest in infrastructure for better connectivity.

There’s already uncertain incentive for telcos to build the infrastructure necessary to increase their quality of service due to TRAI’s consultation paper on terminating interconnection usage charges, a major source of earnings.

– They are not likely to be sustainable in the long run anyway, and providing such services at zero cost technically amounts to predatory pricing in order to unfairly kill rivalry.

– Any business commanding a monopoly in the market is not likely to keep the interest of the consumer in mind, knowing that it has no competitor.

– TRAI guidelines on promotions say that deals such as Reliance Jio’s Welcome Offer cannot be made available to the public for more than 90 days.

– The Welcome Offer extended between September 5 and December 3. Jio then relaunched it until March 31, 2017 under the guise of the Happy New Year Offer.

– And frankly, the connectivity is terrible due to traffic overload. Imagine a first-time user in a remote rural area thinking Jio’s spotty network represents the wonders of modern telecommunications.