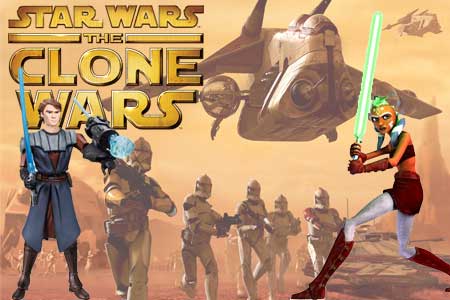 Star Wars: The Clone Wars game casts players as Clone topper who is responsible to lead his squad through 15 action oriented missions with thrilling excitement on three different planets. The player has to find those who are responsible for aggressive and cruel act and for carrying intense violence. The player also has to discover the Separatist Army’s secret weapon. The player uses the Separatist weapon to control the four types of droids while he travels through unusual features such as climbable walls, bunkers, tunnels and caverns.

The player interacts with the characters similar to the Star Wars movies like Obi-Wan Kenobi and General Grievous and also few characters from the television series Star Wars: The Clone Wars like Ahsoka Tano, Clone Trooper Denal and Clone Captain Rex.