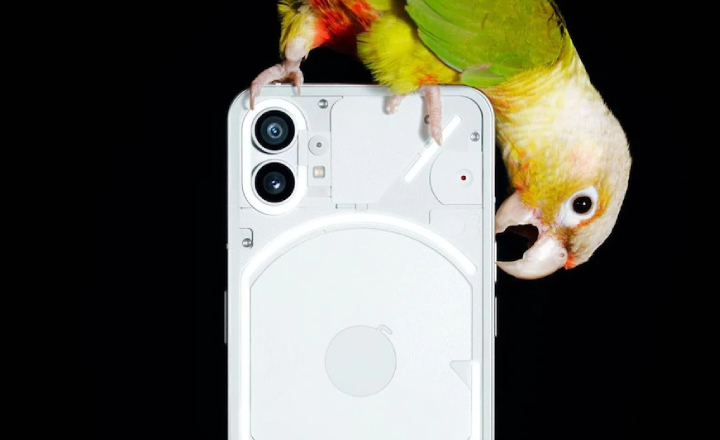 While full details regarding the Nothing Phone (1) still remain under wraps, the design of the upcoming device has indeed been revealed by its makers. It will be launched at an event on July 12 but you can expect more to be gradually disclosed ahead of that official reveal.

We already knew that the Nothing Phone (1) will feature a transparent rear surface. The first image of the device corroborates this and also highlights the illuminating light strips on its rear. The phone’s wireless charging coil can also clearly be seen.

Nothing’s founder, Carl Pei said in a tweet, “Leaks are harder to contain nowadays and many of you have been waiting for a long time. So here it is. This is phone (1) design.” Another aspect of the handset that can be inferred from this design reveal is that it will come with a dual-camera setup on its back.

The most interesting thing about the Nothing Phone (1) still remains its light-up strips. These were also showcased recently at a teaser event in Basel, Switzerland, as you can see in the video posted right below.

Specs of the Nothing Phone (1) haven’t been explicitly revealed, though we do know that it will be powered by a Qualcomm chipset. Expecting the Snapdragon 8 Gen 1 to form part of it wouldn’t be a bad idea then. The device is also being said to offer 45W fast charging along with its wireless charging support. It will run a version of Android called Nothing OS.

As we said, July 12 is when the Nothing Phone (1) will officially be unveiled by its makers. Its price and its full list of specifications will only be clear on the said date. So stay tuned.