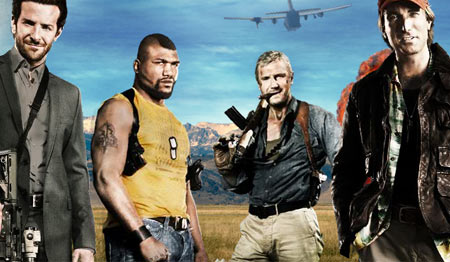 From theaters to gaming consoles, The A-Team has surely traversed afar. GameHouse, a part of the RealNetworks, and Fox Digital Entertainment team up to bring forth a new game, The A-Team. The game is now available on major North American mobile carrier portals. An extended version of the game comes packed with exclusive content for the iPhone at the iTunes App Store.

The thrilling game enables gamers to team up with ex-Special Forces commandos Hannibal, B.A., Face and Murdock. As they journey on an action-packed prequel to the Twentieth Century Fox film, which hit the theaters last weekend. The movie is about a team of former Special Forces soldiers who were forfeited for a crime they had never done. Thus, they set out to find the real criminals.

“This game is another great example of Fox Digital Entertainment’s efforts to broaden the reach of exciting content like The A-Team and extend its reach onto the mobile platform,” asserts Andrew Stalbow, senior vice president of Fox Digital Entertainment. “We are pleased to partner with GameHouse to dynamically capture the energy and explosiveness of this film for fans on mobile devices.”

The A-Team consists of 15 levels that take the iconic A-Team heroes on an adventurous journey through jungles, deserts and mercenary strongholds. The game enables players to either mobilize the whole A-Team or employ one member’s special abilities to attack enemies. The gamer can encounter enemies with various automatic weapons, fragmentation grenades and helicopter-launched missiles or take the adversary head-on with a fist-to-fist wrestle. The earlier mentioned exclusive content for the Apple devices consist of five additional levels of combat with augmented special effects and narration by Quinton “Rampage” Jackson in the role of B.A.

The A-Team game can be downloaded by North American mobile subscribers on searching up the title on major wireless carrier decks. As the movie releases in other regions, the game will also be available in those coverage areas. The A-Team App is available for the iPhone at a price of $2.99 USD through the App Store.