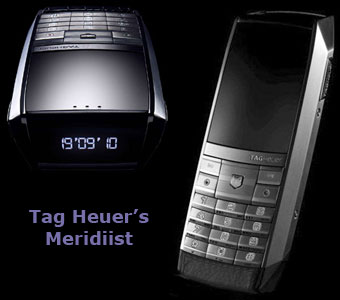 Tag Heuer has agreed upon an exclusive international licensing agreement with ModeLabs to design, produce, and market the luxury mobile phones. Tag Heuer have disclosed a few details of the classy phone. To avoid scratches the phone will incorporate corrosion-resistant watch-making 316L steel and to add in a shine, the phone wears on a Unscratchable 60.5 carats sapphire crystal dual-displays.

The phone displays the front independent time unit with all its pride and also amazes with 28 days power reserve and seven hours of talktime. The phone features a 2Megapixel camera with 1.9-inches QVGA screen and Bluetooth connectivity. The phone is expected to be available around September 2008 and may be priced at higher range. Tag Heuer plans to sell the phone with an excellence of its own in Tag Heuer boutiques and select watch and jewelry stores