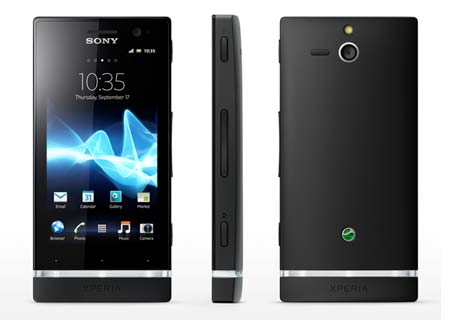 Announced back at the MWC in February, the T-Mobile Sony Xperia U is now available in the UK. The accompanying plans start at a price of £15.50 per month as part of a 24-month contract and no upfront cost.

This scheme offers 100 minutes of talk time, 500 messages, 250MB of web access and unlimited Booster. The Sony smartphone operates on the Gingerbread platform and gets its fuel from a 1GHz dual core processor. A 3.5-inch Reality display proffering 854 x 480p resolutions is fitted on the front panel. The screen is powered by Mobile Bravia Engine for rendering improved visuals. The device sports a 5MP autofocus camera with 16x digital zoom and LED flash.

Music enthusiasts are treated to xLoud 3D surround sound integration that should provide decent treble and bass effects. The handset is expected to provide 472 hours of standby time and 6 hours, 36 minutes of talk time in the GSM mode. Likewise, it claims to offer music playback time for up to 45 hours and video streaming of roughly 6 hours.

To lend the phone a personalized touch, it’s lower panel is interchangeable and features customized transparent bands that alter the colors to complement the music played or snaps being browsed on the device. It’s part of the Xperia NXT Series and is up for grabs in 2 color choices of black and white.

The handset was made available via Three just recently. As mentioned above, the T-Mobile Sony Xperia U can be picked up through the network provider’s official site and its sales channels for data plans starting at £15.50.