Home Apple T-Mobile back with iPhone Contract in Germany 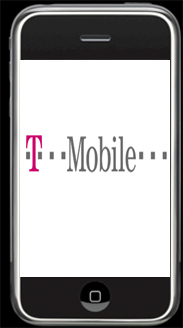 As reported earlier, Apple iPhones would be available on any other network as desired by the customers in Germany. The German Hamburg court has given orders that T-Mobile can now sell iPhones with the contract only to its users which was previously not allowed.

Vodafone had labeled the tie-up as a breach of German laws, thus it could face a substantial claim for the damages from T-Mobile.

UK-based Vodafone spokesperson Simon Gordon reported, “The intention of the legal action was to ensure clarity on the commercial position in the German marketplace.”

Gordon also said Vodafone did not receive a written verdict yet they said that they would examine closely so they could decide on their future plans.

T-Mobile Managing Director, Philipp Humm, said that the sale of Apple iPhones handset without the contract would not affect the sale of mobile phone as they had already done a good business in the beginning.