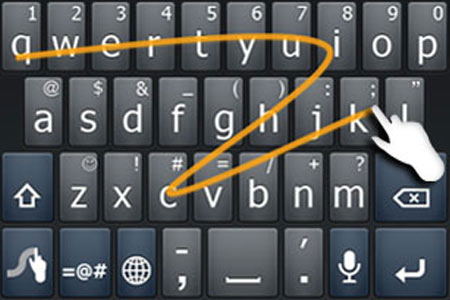 The ‘only truly joined up way of writing texts and emails on a smartphone’ as quoted by Nokia, Swype beta now includes support for Ice Cream Sandwich or Android 4.0.

For those who think the name doesn’t ring a bell, the software enables input of text on a virtual keyboard with one continuous finger or stylus motion. The app is basically crafted to work across a range of devices covering phones, consoles, tablets, kiosks, TVs, virtual screens and so on and so forth.

A recent post on Droid Life sniffed out the news on the availability of the software for ICS as well as the Samsung Galaxy Nexus. Apparently, the long wait that fans had to bear out was mostly attributed to problems related to a resolution issue which needed a proper fix. 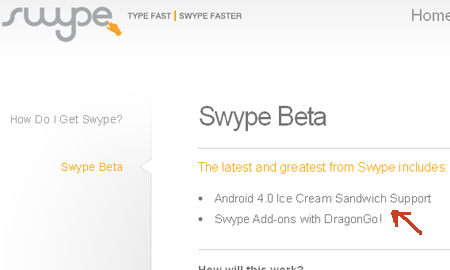 The last time we picked up on it, the beta version of the app for Android was on the receiving end of a Dragon Dictation update. Apart from ICS support, the current package boasts of Swype add-ons with DragonGo!, accuracy enhancements and downloadable languages for slates.

Now that Swype beta is available for Ice Cream Sandwich, Galaxy Nexus device owners as well as those with gadgets upgradeable to the Android 4.0 platform can probably rest easy with the knowledge that chances of tiring the finger over texting or mails will still stay low. If they use the Swype option, that is.