Swipe Sense has placed itself in the elite league of smartphones which look to offer an added layer of security to their users via a fingerprint scanner. This device has been launched at Rs 9999 in India, and it has the said sensor located on its rear surface.

Notably, another company named iberry had recently introduced a fingerprint scanner-equipped phone as well, in the form of the Auxus Note 5.5. But while that smartphone costs Rs 13990, this one is cheaper and it comes with not one but two batteries. 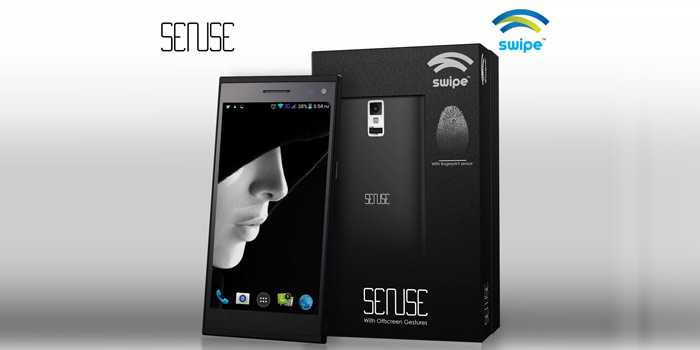 Yes, a duo of 2250mAh power units come bundled with the handset thus reducing the need for portable chargers. The dual SIM Swipe Sense runs Android 4.4.2 KitKat, and carries onboard a 5.5-inch qHD display. 1GB of RAM and a 1.3GHz quad core processor also form part of its offerings.

The Swipe Sense smartphone moreover, features an 8MP main camera with LED flash and a 3.2MP front shooter. There’s 8GB worth of stock storage onboard which can of course be further expanded till up to 32GB using its microSD card slot. 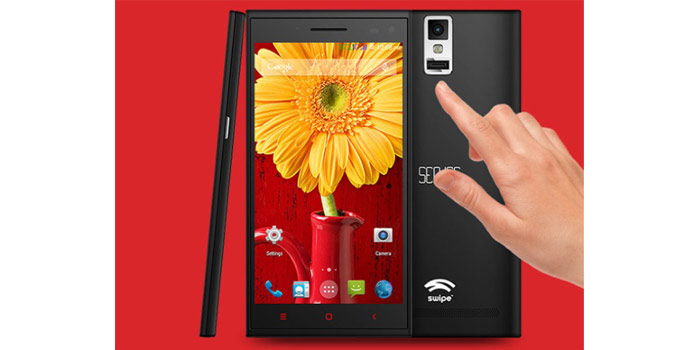 A look at the specs of the Swipe Sense handset:

The minimally named Swipe Sense will be out in the market in the coming days dressed in a black colored body. Like we said, its price has been set at Rs 9999.