That champion defender of poor you harassed by spam calls, Sweden’s Truecaller, has announced a new deal with Tata Docomo in India which sounds pretty useful for subscribers of the latter’s teleservices. The two companies have tied up over a pact that should make all three involved parties happy, the third one being you, if you’re a Tata customer.

Tata Docomo data subscribers with Android or iPhone handsets are being offered three months of free Premium Truecaller facilities. In addition to this, the network operator is planning to deliver free data plans for those employing the Truecaller app. This is basically because when using the application, you need to have an internet connection, failing which certain features of the software won’t be available to you. 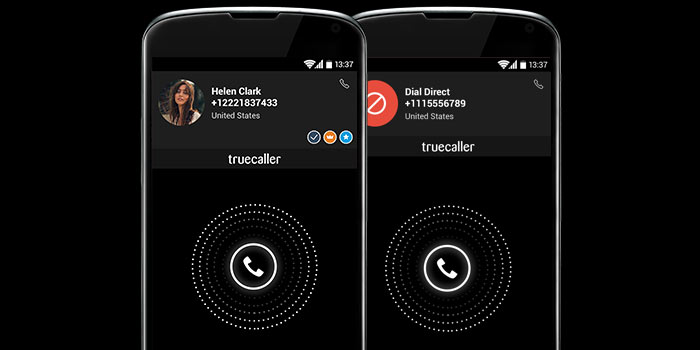 In extremely simple terms, once you’ve downloaded and installed the Truecaller app on your handset, it will give you the details of almost any call from an unknown number, mobile or landline, that’s not in your phone-ook. When you first install the application, it will ask for permission to access your list of contacts. You don’t need to allow this if you’re not comfortable doing so.

But do remember that a lot of the information on unknown numbers is crowd-sourced, meaning other people using the app have provided it. Two of its highlighted features include the ability to block as well as report a number and submit details about a particular number through the software (such as marking it as spam so other users can see it and ignore it too).

Truecaller is available for major smartphone platforms such as Android, iOS and BlackBerry as well as feature phones. You may also look up numbers through your PC by going to the company’s website. You can check out the details of its deal with Tata Docomo by following this link.