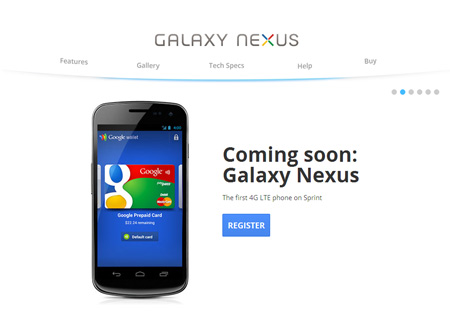 Announced at the CES 2012 which was held a couple of weeks ago, the Sprint Galaxy Nexus handset now has an official Google sign-up page. Subscribers of the network carrier will soon be able to lay their hands on the company’s first LTE enabled handset operating on the new generation Android 4.0 Ice Cream Sandwich OS.

This newly minted sign-up page has been developed for interested parties to register their contact details for receiving instant information about the smartphone’s availability and price among other specifications. Android Central reports that the Sprint version of the Galaxy Nexus will come integrated with 32GB of internal storage space to store loads of content. The official release date is still not clear, with the company diplomatically having only disclosed its launch to fall somewhere in mid-2012.

The forthcoming 4G capable smartphone was revealed earlier this month along with another LTE enabled handset from the network carrier dubbed the LG Viper. Running on a 1.2GHz dual core application processor, it possesses a 4.65-inch 1280 x 720p HD Super AMOLED touchscreen display. 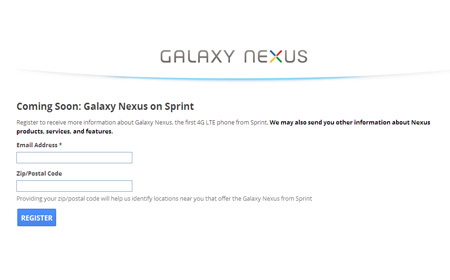 The registration page has no details regarding the Sprint Galaxy Nexus price and availability as of now.