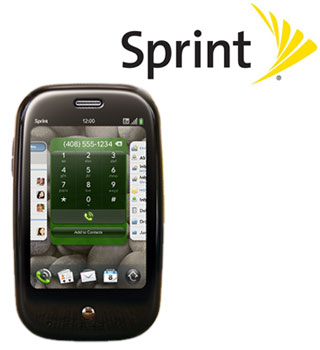 The most awaited smartphone received a humungous response within hours after its release in the market. Sprint introduced the Simply Everything plan with the Pre, enabling users to save $1200 as compared to AT&T’s plan and save even more as against Verizon’s smartphone and PDA.

Pre brought about an important breakthrough for Sprint by redefining wireless crossover devices. The device is designed for business and consumers and is offered by Sprint’s Now Network. Pre makes most out of Sprint’s 3G network by providing faster and more reliable downloads.

Dan Hesse, president and chief executive officer remarks, “Sprint is a very different company than it was 12 months ago. Palm Pre is the coming out party for the new Sprint. It is the perfect device that highlights all of the positive changes in our company, including our revolutionary Ready Now retail store experience, greatly improved customer care, unmatched value pricing plans and America’s most dependable 3G network.”

Pre is apparently exceptional in delivering wireless services. Geared with multitouch functionalities, support for collection of contacts and calendars being organized in one place, it claims to be a must have for any multi tasker. Moreover it has a handy keyboard and is supported by the latest operating system, webOS. With this system users can open many applications at once similar to a PC.

The Ready Now capability is the latest feature of Sprint provided an impetus to the sales of the Pre. This feature is designed so that the Sprint retail stores connect with consumers and provide them with services that personalize their phones.

The Pre launch provided a platform to move ahead with Sprint’s perception of positive customer experience. Call resolution and customer satisfaction on the whole with Sprint’s customer care experience has enhanced for 15 consecutive months. The Pre launch epitomizes the improvements that have take occurred at Sprint which was represented by customers’ happiness with the product.

Sprint is now gearing up to make ways for Pre to reach the far and wide markets as fast it can.