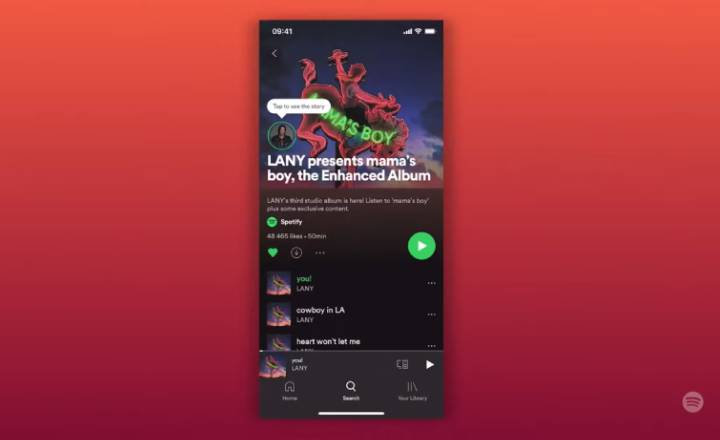 As if Stories hadn’t invaded enough apps, now Spotify is the latest to embrace the trend. The ephemeral method of sharing photos and videos, which was first introduced by Snapchat and popularized by Instagram, will now be available on Spotify, albeit for artists only. Additionally, the company also announced that a new Spotify HiFI tier will be introduced soon, allowing users to listen to music in master-quality by paying more.

Spotify made these announcements at its online-only Stream On event on Monday. It has revealed that Clips will be made available only for artists to upload on their official pages on the streaming site. Not many details about this feature have been revealed by the company, but we expect there to be some kind of integration where users will be directed to music by tapping on links within the Clips.

As for Spotify HiFi, this marks the first time that the streaming service is taking the hi-fi route. It will be priced at a higher price than the Premium subscription that’s being offered right now for $9.99 per month. For reference, Tidal is offering its own hi-fi streaming tier at $19.99 per month in the US, so expect Spotify HiFi to be priced along the same lines.

At the Stream On event, the company also announced its entry into 85 new markets. In the next few days, the streaming service will be available in new markets across Asia, Africa, the Caribbean, Europe, and Latin America. In all the new markets, both the Free and Premium plans will be made available, while Family, Duo, and Student plans will only be doled out in select markets.

Spotify recently announced that it has more than 345 million monthly active users and over 155 million paid subscribers around the world.