You can finally stop regretting your purchase of a Spice Dream Uno series smartphone just because you thought the Android One program meant you’d be among the first in India to get the Lollipop version 5.1 update. The homegrown company has officially revealed a clearer schedule for the roll-out by announcing that the software will be dealt out in batches through the next few days.

The Spice Dream Uno 498 and 498H which are available in India for about Rs 6000 and above (depending on the retailer), work on KitKat 4.4.4 out of the box. The only difference between the two is that the latter supports Hindi. It is bundled with Hindi versions of certain apps, includes a keyboard in the said language and also allows for voice input in India’s national tongue. 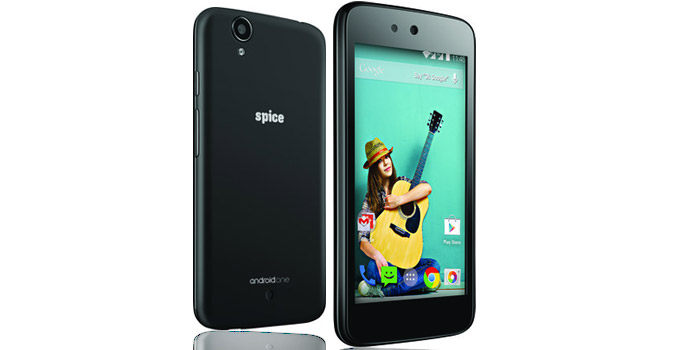 Spice’s smartphone was taken to Indonesia, Sri Lanka and Nepal in February, soon after being launched in the UK. Google introduced the Android One program with the intention of being in charge of beaming software updates to handsets offered by manufacturers willing to play the game by its rules. So the only thing a brand involved in it has to do is to handle the production.

Any company which signs up for Android One is given certain standard hardware specifications it must include in its phones. Also, the OS aboard is supposed to be kept untouched, enabling Google to have better control over its mobile OS ecosystem. Buyers thought this meant quicker upgrades to the latest and greatest versions of Android, but were left disappointed.

Android One smartphones in Indonesia have however, been launched with Lollipop inside. According to Spice CEO, Prashant Bindal, the upcoming update means users can look forward to improvements in system stability, the interface, battery consumption and RAM management. Smarter notifications, a fix for crashing apps and a better OK Google function are also on the menu.

Spice will be the first company in India to launch Android Lollipop 5.1 for an Android One smartphone. Although Micromax and Karbonn also signed up for the program, they’re keeping mum with regards to news on updates for their Canvas A1 and Sparkle V devices, respectively.