The Spice Stellar 518 smartphone was originally launched back in October of last year for around Rs 7799 and the company has re-announced the device for the Indian market, but with a much lower price tag. The handset is now available for as low as Rs 4999 which is a drop of under Rs 2800.

The Spice Stellar 518 is part of the company’s large battery smartphone series. This phone comes with a 4000mAh power pack which is the largest the OEM has to offer. Seeing as the handset was launched over 6 months back, you’d expect a few upgrades. Sadly, the hardware has remained untouched on this model, but what’s more disappointing is that the company hasn’t bothered to update the software. 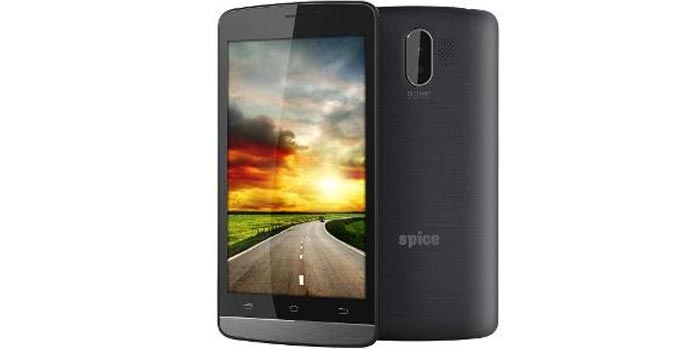 The handset is still listed with Android 4.4 KitKat while most new launches are offering Lollipop. Spice hasn’t even made any mention of whether it plans to deliver the new OS later on. The phone is an upper entry-level release as it sports a 5-inch FWVGA touchscreen with a 1.3MP camera on the front and an 8MP shooter on the rear.

Additionally, the Stellar 518 is loaded with 1GB of RAM and 8GB of flash storage. There’s also dual SIM support with 3G connectivity on both slots. The company is yet to provide estimates for the 4000mAh battery, but we wouldn’t expect too much out of it considering that other handsets with similar capacities offer below average activity time.

The Spice Stellar 518 is available exclusively through HomeShop18 with the new retail tag. Other ecommerce websites are also offering the smartphone, but for above Rs 7000.