S Mobility has launched the Spice Smart Flo Pace 2 Mi-502, an ICS smartphone with a decidedly tough name to recollect. This comes on the heels of yesterday’s Idea Whiz Android device and let’s just say that the Smart Flo Pace 2 price is also marked at a competitive point as compared to the Whiz’s.

Embracing the ‘phablet’ form factor that’s in fashion right now, the device sports a 5-inch WVGA touch display on its front panel. But we’re not sure if the 1GHz processor and 512MB of RAM embedded within the body will be able to efficiently deliver all the muscle power needed to execute the various tasks users put the phone through. 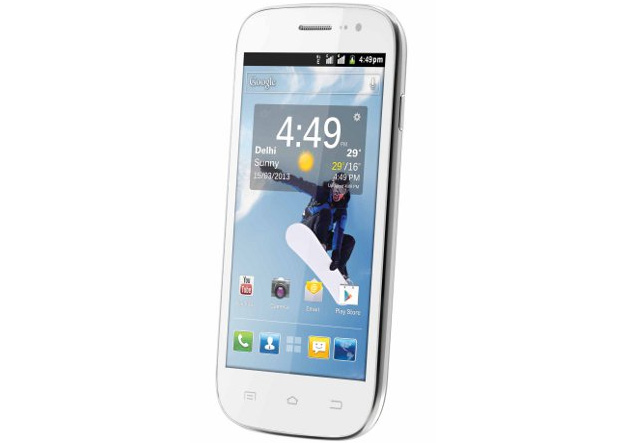 At any rate, moving on to the OS doing the talking here, Android 4.0 ICS is aboard this dual SIM-toting device. Sitting above the screen is a 1.3MP camera which complements the 5MP main lens with dual LED flash, on the rear panel. The 512MB of internal memory is supplemented by an integrated microSD card slot which allows for up to 32GB of memory expansion.

The company says that the two SIM slots we’ve touched on earlier, can only accommodate 2G cards. For those wondering about how much usage time can be squeezed out of the 2100mAh battery between charges, 5 hours of talk time and 280 hours of standby time have been mentioned. Apart from serving standard connectivity features like Wi-Fi and Bluetooth, the smartphone will come pre-loaded with several handy applications such as WhatsApp, Nimbuzz and Hoopz. 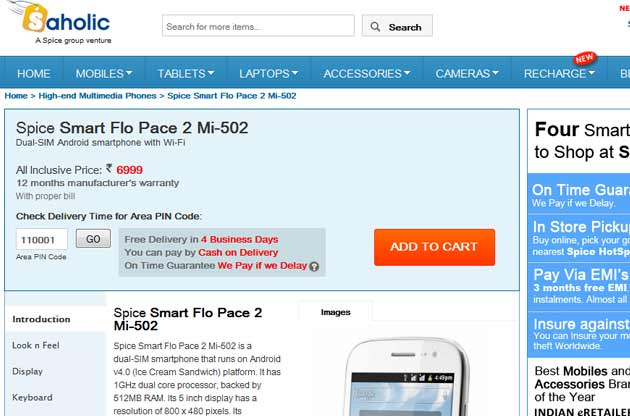 The Spice Smart Flo Pace 2 Mi-502 can be purchased for approximately Rs. 6,999 through major retailers in India. The manufacturer will be throwing in a free leather cover worth Rs. 500 as well as a screen guard.