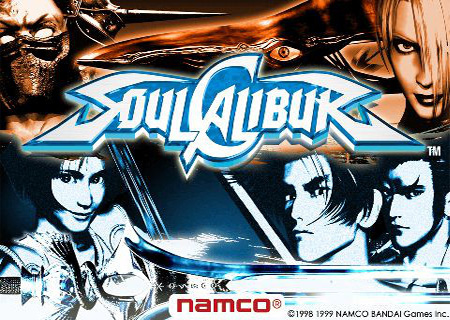 Action game fans owning an iPhone or iPad may want to take a look at a new entrant for the iOS platform called Soulcalibur. This 3D weapons-based fighting title could arouse feelings of nostalgia among those familiar with its original version which had released in video game arcades back in 1998.

The Namco classic features all the 19 characters that were present in the 90’s original. It boasts of support for vivid Retina display graphics and is available in varied languages including English, French, German, Japanese and Spanish. This newly introduced iOS title can be played on the iPhone 4, iPhone 4S or iPad 2 and requires iOS 4.3 or higher versions to function optimally.

Players have a variety of modes to choose from in the Soulcalibur game. These include Arcade Battle which happens to be the original mode from the arcade edition, in which all enemies have to be defeated to win the game. Then there’s Time Attack mode that sets time limitations on gamers for reaching the last level.

As the name suggests, the Survival mode features a limited amount of life, so that players have to be careful enough to not lose any while attempting to defeat opponents. The different styles of artwork that the game’s graphics sport can be witnessed in the Museum mode and for beginners, there is the Plactice mode to look forward to.

Although the Soulcalibur iOS game is priced at $15, it can now be downloaded from iTunes at 20 percent off, that’s $11.99.