Earlier this month, the Sony Xperia C had been spotted on various online retailers’ websites and now finally the Japanese company has decided to go official with the device in India. The phone that was first introduced at the Mobile Asia Expo is a mid-range phablet which has been priced affordably at Rs 21,490.

You have the option of picking the Sony device up in three different shades, white, black and purple. It has dimensions of 141.5 x 74.15 x 8.88 millimeters and tips the scales at around 153 grams. The 5-inch qHD display of 960 x 540p resolution shares the spotlight with a 0.3MP webcam and the flip side is adorned by an 8MP snapper with features like 4x digital zoom, LED flash, auto focus, face detection and the ability to record good-quality videos. 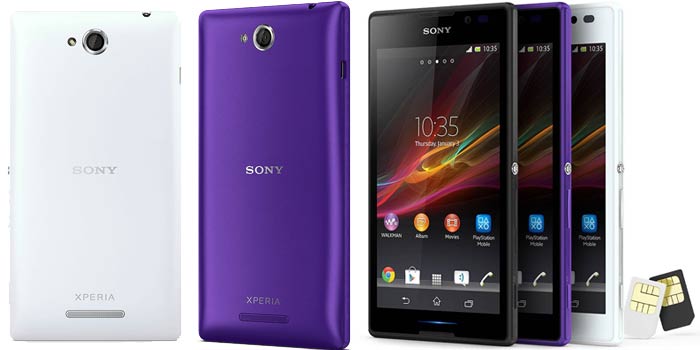 As the device runs with help of the Android Jelly Bean 4.2.2 OS, it should not only offer access to the Play store, but also tag along some Google mobile services. A quad core MediaTek MTK6589 processor sprinting at 1.2GHz takes on the responsibility of ensuring smooth multitasking at all times and it seeks assistance from 1GB of RAM.

Although there’s just 4GB of onboard memory within the gadget, it can be expanded further with the help of a microSD card of not more than 32GB capacity. Interested customers can expect the Sony smartphone to cough up the juice for talk time of about 10 hours in the 3G mode.

The Sony Xperia C has been official priced at Rs 21,490, but it can be purchased for a discounted amount through select e-retailers.