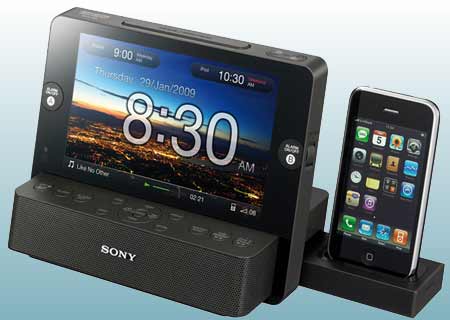 For people whose day does not begin until they hit the snooze button, the newest creation from Sony may become their ideal companion. The innovative Sony ICF-CL75iP Dream Machine is a fusion of iPhone/ iPod dock, digital picture frame, alarm clock and more, reports Engadget.

Users can view photos directly from their Apple handheld or load them via USB. The wake-up options include built-in presets, a customizable 10-second voice recording and realistic sounds of sea waves, birds, rain, brook, under the sea. Users can wake up from slumber to music from radio or iPod/iPhone.

Reportedly, the Sony Dream Machine is now available for pre-order via Sony Style Canada for $199.99. The device is expected to ship on October 1.