Say hello to the Sony PumpX, a portable speaker system which connects to your devices wirelessly for streaming music whilst on the go. The device has been brought over to India carrying a price tag of Rs 7990 and it has a lot to offer for the said amount.

The Sony PumpX is also known as the SRS-X2 and has been on the market for almost a year now. Its late arrival in India is no surprise, but it’s does look to be quite overpriced. The company’s global website has it listed at $69.99 which amounts to just Rs 4355. That’s an extra Rs 3635 you’ll be paying for the speaker system in the country. 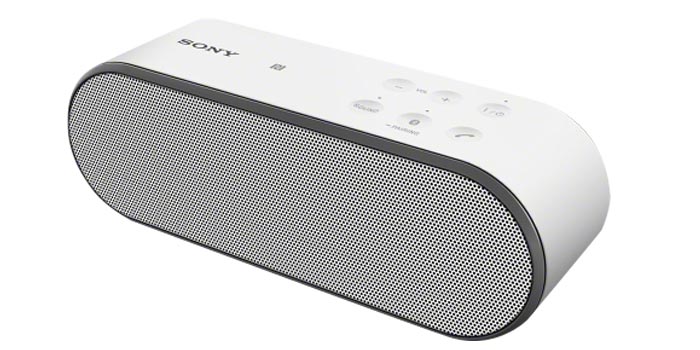 The Sony device has a pretty alluring design and it comes in multiple colors of black, red and white. The system packs a total of 20W of power through dual speakers and a 45mm driver. Like most wireless speakers, this one also connects to your smartphones and tablets via Bluetooth. It supports version 3.0 standard, making it compatible even with older gadgets.

What’s more, there’s NFC connectivity onboard to eliminate the hassle of setting up the system via Bluetooth. And you’ll also be able to hook the PumpX speaker up to any gadget which has a 3.5mm audio port. Sony says that the device is capable of up to 5 to 12 hours of battery life, where the former estimate is most likely for Bluetooth, while the latter being for wired connections. The speaker weighs just about 500 grams and measures 171mm x 56.5mm x 56.5mm in dimensions.

The Sony PumpX wireless speaker is already available for purchase and it can be picked up through online retailers with lower tags.