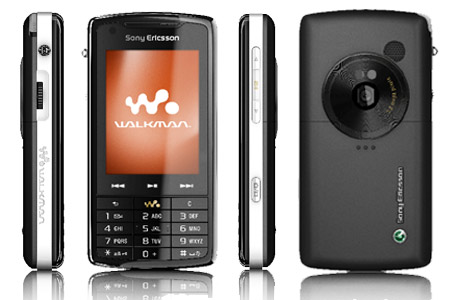 “The W960 has been generating a lot of consumer excitement since the day it was announced. As the next installment in our hugely popular Walkman phone series, we are confident that this music mix of 3G phone, Walkman player and quality camera will prove to be a hit and a great complement to the rest of the range.” says Ben Padley, Head of Music Product Group at Sony Ericsson.

The W960 Walkman phone is equipped with a 2.6 inch display and has a widescreen for watching video in TV quality. The device supports finger-touch navigation on the large touch screen.

The W960 handset serves as an excellent viewfinder for a 3.2 megapixel camera. Room for up to 8,000 songs and the navigation keys make it easier to control the player as well as the mobile phone. The Walkman phone is a potent combination of a slim UMTS and Wi-Fi enabled phone with high performance media player.

Along with the W960 Walkman mobile phone, Sony Ericsson’s Music Desk Stand MDS-65 has also been introduced. The headset is a sleek, futuristic silver finish accessory giving the perfect musical compliment to the W960 and also many other Sony Ericsson phones. The MDS-65 allows charging the mobile phone and experiencing a high-fidelity sound on its four full-range neodymium-magnet speakers.

The Vinyl Black-colored Sony Ericsson W960 Walkman phone, along with the Music Desk Stand MDS-65, will be available from November 2007, in selected markets across the globe in time for the Christmas season.