We already knew that the Nokia Asha 501 is getting WhatsApp, so the news that the Finnish company has started rolling out a software update that makes it compatible with the said app doesn’t take us by surprise. Also, it has been announced that the feature phone will now run the same platform as its recently-released counterparts such as Asha 500, 502 and 503. The instant messenger will be pre-installed on these upcoming devices.

The software update is what is responsible for making the Asha device compatible with WhatsApp. This OTA upgrade should hit the concerned devices within a week or so. The application in question will run exactly like it does on other gadgets and will even allow users to share pictures and videos with friends. The voice messaging function has been thrown into the mix and you can make use of emoticons to express yourself too. 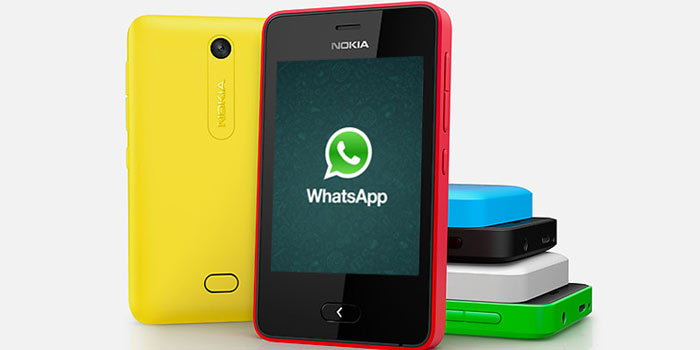 As it happens in other versions of the utility, contacts using WhatsApp directly show up in the application without asking users to add anyone. Apart from this, there should be an option for updating status and even changing profile pictures apart from the common settings and blocking options.

In addition to this, Asha 501 users can expect a better camera with options to launch it from the lockscreen and easy photo sharing options. Fastlane, an exclusive feature for these devices has also been updated with improvements and you will now be able to make VoIP calls using the device.

The said update will be rolled out within a week for the Nokia Asha 501 and users can then download WhatsApp on their phones.