Skype for Web has just been introduced by Microsoft as a new version of the popular service and it’s meant to be accessed right though your browsers, thus eliminating the need for downloading and installing its client. Available in the form of a beta right now, it works on Google Chrome, Mozilla Firefox, Safari and of course, Internet Explorer.

This is a big deal solely due to the added flexibility that’s granted to the software by its maker. It is already available for use on computers, mobile phones, TVs and even game consoles. And on top of that, Skype for Web has now expanded its reach furthermore. Microsoft tells us that over 2 billion minutes (more than 33 million hours) of voice and video calls are being made using the service currently every day. 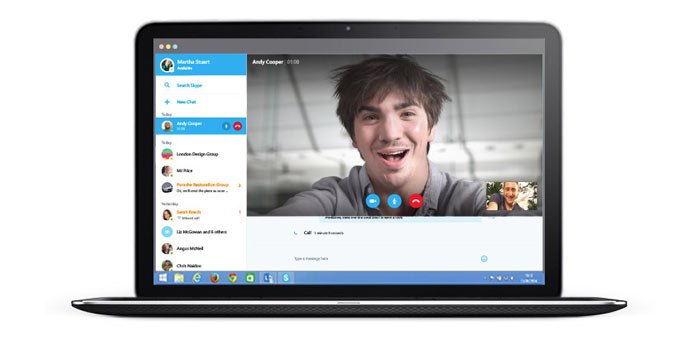 And the browser version is sure to add to that since it’s extremely simple to use. All you need to do is visit the Skype website and sign into your account. Your contacts, chats and everything else will quickly be synced, and you’ll be ready to go without needing to be put through the process of downloading and installing a client. While chats will be available readily, voice and video calls will need you to install a small plug-in for now, but the company will eventually be removing this requirement in the future.

The availability of Skype for Web will be limited at first since it’s a beta version; but Microsoft will be making it widely accessible in the coming months. You can look out for an invite whenever you sign in to your account on Skype.