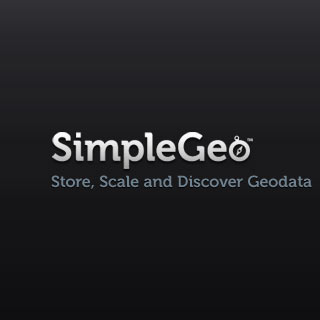 Location-based services are fast gaining momentum. Following the trend, SimpleGeo has introduced the SimpleGeo location services infrastructure which aims at building a strong foundation for the new generation of smart and location-aware applications. This service aids developers in adding geo-aware features to applications in an easy and cost-effective manner.

The service has been designed with a prime focus on developers. SimpleGeo helps cut costs and save time while developing location-based infrastructure. Furthermore, the service permits usage of client libraries and SDKs that allow developers to work on the platforms faster. This iPhone SDK makes it simpler to build an augmented reality interface in record time.

The company has announced the launch of two products, namely the SimpleGeo Storage Engine and the SimpleGeo Marketplace. The Storage Engine service is a pay-as-you-go system permitting users to save location data and work out geospatial and temporal queries efficiently. The second service is targeted towards developers and designs a new economy for geodata providers thus giving them access to developers who want to use their data. Data in this version can be used either through a per-use or monthly subscription or by using a limited free-version of the same.

Matt Galligan, co-founder and CEO of SimpleGeo remarked on the launch by saying that, “With the prevalence of location-aware mobile devices and faster mobile connections, location-based services will not only be the next big thing, the use of location will be leveraged in every application. SimpleGeo is at the nexus of location technology, providing all of the tools and data necessary for developers to make their apps location-aware in a matter of minutes.”

Ted Morgan, co-founder and CEO Skyhook Wireless commented that, “SimpleGeo will help grow the use of location within apps by making it easier than ever to integrate smart location services like Skyhook’s SpotRank.” Industry analysts predict an evolution of the internet, wireless communication and applications via the use of geo-location technology. It seems that almost any mobile application may be benefited with the use of location intelligence data.

SimpleGeo has gone into partnerships with various companies like Skyhook, deCarta, ESRI, Localeze, MetaCarta, Quova, Skyhook Wireless, Stamen Design, and Weather Decision Technologies. These partnerships have been garnered with aspirations of expanding the possibilities and reach of SimpleGeo and increasing the capability of the platform as well.