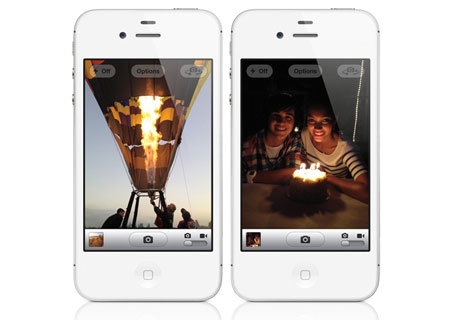 Following the bug fixing problem with the new iOS 5, the latest issue that some of iPhone 4S users are dealing with now is the failure of the Apple smartphone to recognize the SIM card. Certain owners of this handset have been flashed with a message stating ‘No SIM card installed’ when there is very well a SIM card installed in the handset.

This message supposedly just springs out of the blue in certain cases and is even being experienced by various iPhone 4S enthusiasts using different carriers like Sprint, AT&T and Verizon Wireless. Most people have reported their grievances on the Apple support page saying that they have rebooted their iPhones, but the message flashes soon thereafter and the handset still ceases to recognize the SIM card. 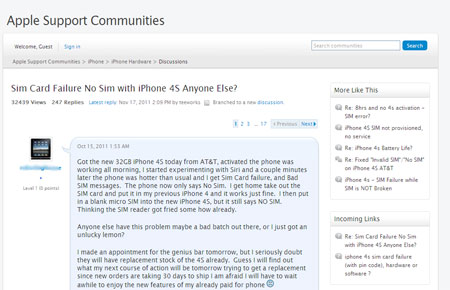 Going by the rants of iPhone 4S users, the favored solution in such a situation would be to acquire a new SIM card from respective carriers and replace them with it. Some users are also stating that they have not been able to gain access to the web and are unable to check their IMAP, POP and Exchange emails. However, the majority seem to be upset at the fact that they have to deal with all these issues on the highly-awaited iPhone 4S smartphone.

This ‘No SIM’ problem has apparently occurred with both, the 16GB and 32GB versions of the Apple device. According to TUAW, it is still unclear as to whether this is a software glitch involving bugs or a hardware issue. As mentioned earlier, this incident has followed hot on the heels of the recent iOS battery drain fiasco for which Apple had released an official statement to fix the unresolved bugs.

Let’s see if the company issues a similar statement from its side and offers a remedy to this iPhone 4S SIM card malfunction.