Sennheiser’s new wireless headphones PXC 550, has recently been launched in India for the price of your average laptop. The German company intends to aim at business travelers with this latest release. But truth be told, its features are likely to attract the attention of just about any audiophile. One of its most impressive specs is the battery life of around 30 hours on a single charge.

The NoiseGard technology used in the headphones is a contemporary of Bose’s signature noise cancellation system. NoiseGard senses the level of ambient sounds and activates itself accordingly to provide a better listening experience. So far, this feat was claimed only by Bose in its QuietComfort headphone series. There is an inbuilt wireless limiter to regulate sound peaks on changing tracks and sources. 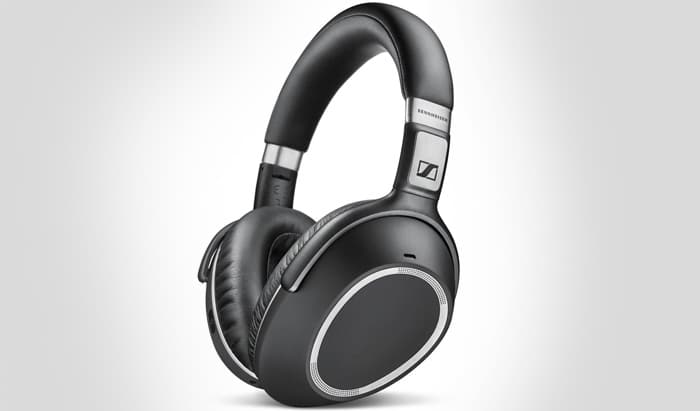 Equalizers can be set to your liking through the CapTune app provided by Sennheiser. The application can also be used to manage other controls from your phone via Bluetooth connectivity. Reviews of the PXC 500 – like this one by Tech Insider – are raving about the headphone’s audio quality as the best in its class. Another area where the PXC 550 scores is the touch control panel which replaces physical buttons on the device.

Keeping in mind the need for smooth controls, the touch control panel regulates volume and changes tracks with a simple touch. Instead of dedicating hard-keys to turning the power on and off, Sennheiser allows users to swivel the right earcup flat. The control panel aims to reduce the fuss of feeling clumsily for the buttons to personalize the experience.

Since it’s not always easy to find an outlet to plug your gadgets in to while traveling, Sennheiser has concentrated heavily on the PXC 550’s battery life. Using it with the cord obviously drains the power less as compared to cordless usage. How much juice you can get out of it is also dependent on the level of noise cancellation at play. Even with Bluetooth and NoiseGard enabled it offers about 20 hours.

The Sennheiser PXC 550 is priced at Rs 29990. It’s yet to hit major online retailers like Amazon India and Flipkart.