Motorola’s Moto E proved to be an extremely successful smartphone in developing markets where it also went on to become a trend-setter thanks to its advanced hardware and software offerings that were offered at a low price. It’s therefore no surprise that the company is now planning a 2nd generation version of it, and specs of the said smartphone have been leaked already.

The second gen Moto E will be pretty similar to the first gen Moto G in terms of internal components. A Greek website named Techmaniacs (via GSM Arena) claims to have seen the device in the flesh and has revealed that it houses a 4.5-inch touchscreen display on its front. While the resolution of the panel of the same size on the Moto G is 720p HD, the one on this phone will apparently remain fixed at 540 x 960p. 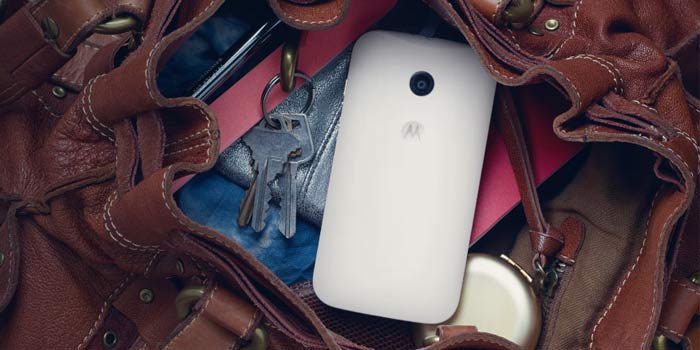 The first gen Moto E came with Android 4.4 KitKat out of the box which forced other manufacturers to start living up to this standard pretty quickly. Its successor will keep the tradition alive and ship with Android 5.0 Lollipop pre-installed on it. This handset will be 4G LTE-compatible for markets supporting the super-fast connectivity standard.

The camera on its predecessor was a lousy one despite grabbing a 5MP sensor as it did not feature the auto-focus ability. While the second-gen Moto E too will carry a 5MP shooter, we’re hoping that Motorola blesses it with auto-focus this time around at least. Qualcomm’s Snapdragon 400 or its 410 variant is the chipset that’s expected to be embedded inside it.

The 2nd gen Moto E could be unveiled in the days to come as Motorola (Lenovo) would want to cash in on the holiday season shopping rush. But if it’s not ready until then, we will have to keep guessing about the company’s plans for it.