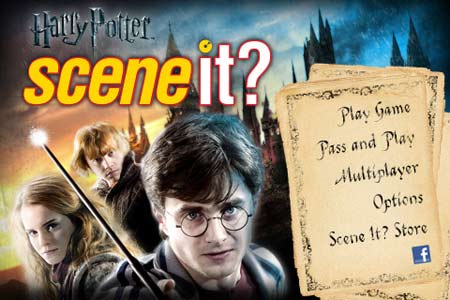 Harry Potter and the Deathly Hallows – Part 1 has recently hit theaters world over. A new game has popped up on the App Store for Harry Potter fans. Developed by Screenlife, the game has been titled Scene It? Harry Potter app.

“We’re thrilled to add Harry Potter to our roster of Scene It? Apps,” asserted Steve Banfield, Senior Vice President of Production and Digital Strategy at Screenlife. “The Harry Potter license continues to grow in its overwhelming popularity, and is exactly the type of exciting license we seek when creating fun new games.”

The Scene It? Harry Potter app can be downloaded from the App Store for $1.99.