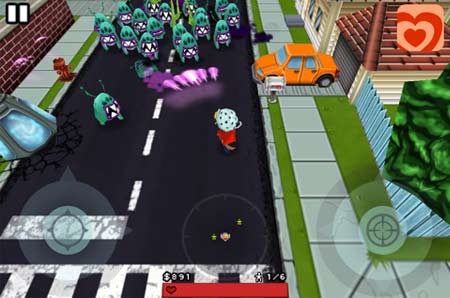 Fantasize that the Earth has been pounced upon and everyone’s been taken into custody. Sounds blood-tingling, doesn’t it? To assign such an interesting, hair-raising task to those agog about gaming, a new iPhone gaming application ‘Max Adventure’ has made its way.

Crammed with excitement in extreme, the new gaming app revolves around the situation where the planet has been invaded and all the adults have been seized and captured. The fate of the Earth now depends on the player with a challenge to save the world.

The game features a survival mode for unlimited adventure and many enemy types to toughen the battle. In Max Adventure, players have to collect money to upgrade their weapons and skills and zoom on winning the battle.

With support for retina display, the game enhances the thrilling journey and emerges to be the best shooter and adventure game.

The new Max Adventure for iPhone can now be downloaded for free from Apple’s App Store.