The SanDisk 128GB Ultra microSDXC UHS-I memory card which is priced at Rs 9999 in India should come in useful if you have a compatible device like the Samsung Galaxy S5 or the HTC One M8. We don’t know about you, but we know of at least a couple of people who would gladly rub the 128GB microSD card support of these two flagship smartphones in the faces of friends holding on to iPhones.

Rewind to 2004 and SanDisk was making 128MB microSD cards and now we have them in 1000 times more storage capacity at 128GB. That’s a lot of progress in less than a decade, don’t you think? The company’s latest offering is smaller than a fingernail and depends on vertically stacking spectacularly thin 16 memory die. 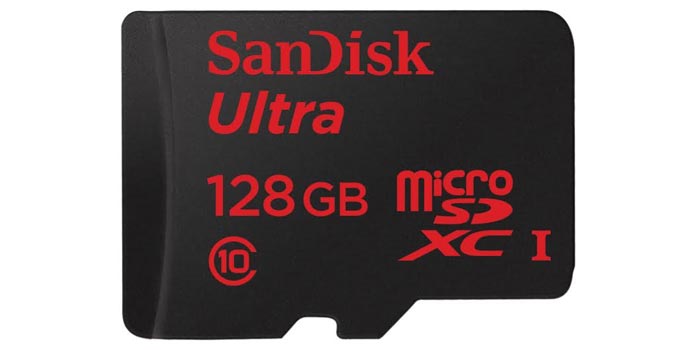 The SanDisk microSD card is reported to be built keeping Android phones and tablets in mind. It is said to be capable of accommodating 7,500 songs, 3,200 photos and over 125 apps. 128GB of expanded memory means an average smartphone user could literally forget what it felt like to be worrying about lack of storage space when shooting high resolution videos or photos, fitting in movies or TV for staying entertained on the go.

“Until now, consumers had to spread out their content between multiple products because the memory on those devices was not able to hold enough data in one place. This 128GB microSD card is going to be popular as the preferred removable storage option, giving users fast, secure and reliable access to their personal data archives,” says Stuart Robinson, director of Handset Component Technologies at Strategy Analytics.

The SanDisk 128GB Ultra microSDXC UHS-I memory card has already hit availability status in India at the price mentioned above.