Samsung has officially released its Bixby Voice virtual assistant in India and begun rolling it out for the Galaxy S8, Galaxy S8+, and Galaxy Note 8. The AI reportedly faced internal troubles before it started arriving in South Korea and the US after a considerable delay. It then got a global unveiling just last month.

There’s a reason why Samsung took so long to make Bixby Voice available in India. The company claims it took months of effort at its R&D centers in Bengaluru to perfect the tool’s understanding of Indian dialects and contexts. This is pretty crucial since queries made by locals would be different from ones in other countries like the US.

Samsung also says it has thoroughly optimized support for various Indian accents, even if a person has opted for English (US) as their preferred language. Bixby is the latest AI assistant on the block and is currently limited to the brand’s flagship phones. As such, its reach is limited compared to rivals like Google Assistant. 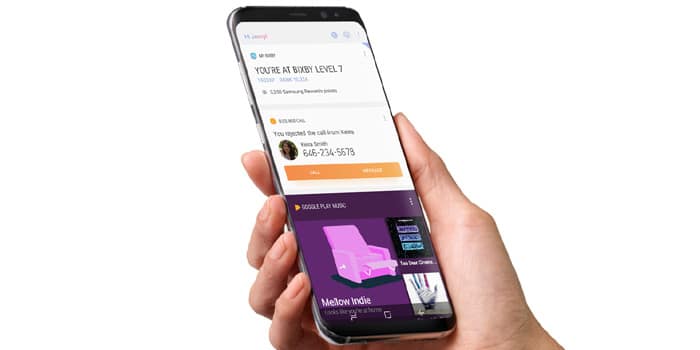 Apple’s Siri is also limited in its spread, but has been around for a lot longer. As we mentioned above, Bixby had a bit of a shaky start, plus a lot of people were unhappy over the fact that there’s a dedicated hardware button for it on the Galaxy S8 series and Galaxy Note 8. They felt it was akin to the virtual tool being forced down their throats.

In any case, Indian users can judge Bixby’s prowess on their own now. The digital assistant can perform various tasks like reminding them about an appointment or providing information about a photo they’ve taken. There’s even a useful-sounding Quick Commands tool which lets you say one command and get a lot of things done at once.

For instance, a person could issue a simple command like ‘good night’ and then watch as Bixby switches on Do-not-disturb, sets an alarm, and switches on the blue light filter.