The Samsung Z4 has hit the scene as the brand’s latest Tizen OS-fueled phone and is all set to arrive in India first before heading to other countries. It’ll land here in May itself at an undisclosed price tag.

Based on its specs, the Samsung Z4 looks to be an entry-level device which stands apart from the crowd courtesy the Tizen software running through its veins. The company’s stuffed its homegrown OS with features such as customizable shortcuts to launch tools like Quick Torch and Quick Talk using various combinations of screen swiping and home button pressing.

Samsung’s also paid special attention to the battery department. A Battery Notifications function alerts users when the 2050mAh powerhouse falls below a pre-set level, while a Power Planner option lets them pick one of 3 levels to manage the handset’s battery life for a certain period of time. 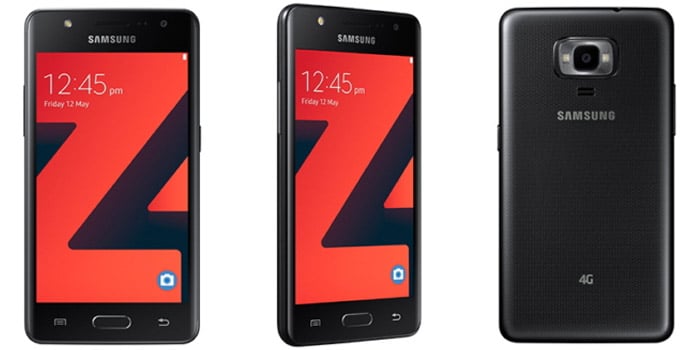 The Z4 is supposed to offer a social media-ready photography system. It consists of a 5MP camera equipped with dual-LED flash on the back and a 5MP shooter blessed with LED flash on the front. The selfie lens offers two options for hands-free photo-taking. Users can either show their palm and say ‘cheese’ or wait for Auto Selfie to detect their face via facial recognition.

A neat look at the specifications of the Samsung Z4:

A unique Video Flip option lets owners toggle between the primary and secondary camera while shooting a video, allowing them to integrate both viewpoints into one stream. The Samsung Z4 will be available in black, gold and silver color options when it gets released. We’ll let you know when exactly that’ll happen.