The Tizen-based Samsung Z3 has been launched in India, the company’s second attempt to break free of the Google Android spell since 2014 with a non-Galaxy series handset. Before this, we had the Z1 which apparently enjoyed decent sales in spite of its lackluster specs and inexplicable price tag.

The Tizen OS-based Samsung Z3 can be bought for Rs 8490 starting next week. It will retail through offline outlets as well as online retailer Snapdeal. We’re interested to see how consumers will react to the budget-friendly phone, seeing as Samsung has been trying to break free of Google Android for quite some time. 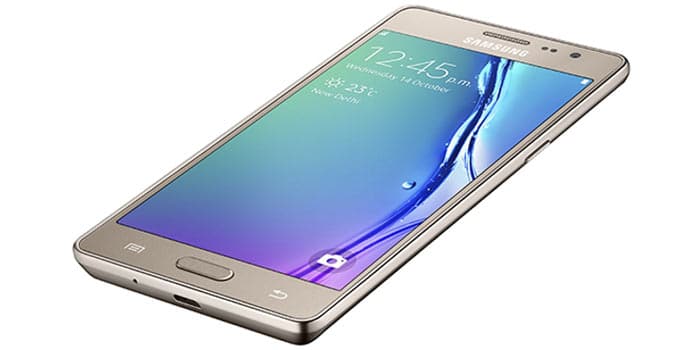 The Samsung Z3 has a standard set of specs for the entry-level segment. It runs on Tizen 2.4 OS and carries a 5-inch Super AMOLED 720p screen. It’s fueled by a quad-core Spreadtrum SC7730S processer clocked at 1.3GHz, working in tandem with 1GB of RAM. The device contains 8GB of internal memory, which is further expandable up to 128GB with the aid of a microSD card slot.

The dual-SIM Samsung handset captures photos with an 8MP primary camera accompanied by an aperture of f/2.2 and LED flash. Selfies can be clicked with a 5MP front-facing wide-angle lens. The smartphone packs a 2600mAh battery. Connectivity options include Wi-Fi 802.11 b/g/n, Bluetooth 4.0, microUSB 2.0 and A-GPS.

The Z3 comes with an Ultra Data Saving and Ultra Power Saving mode. The first reduces internet usage up to 40% and the second is supposed to provide a maximum of 33 hours of standby time with just 10% of battery life. The device further comes with a Vodafone data plan which gives away 1GB of data per month for a period of 2 months.

Check out the specifications of the Samsung Z3 at a glance:

The Samsung Z3 can be picked up in silver, gold or black color options.