Home Samsung Samsung Z2 is a Tizen OS smartphone the pictures of which have...

The Samsung Z2 is said to be the second Tizen powered smartphone from the South Korean giant and a new leak has managed to disclose what the device looks like. The phone will land up being the successor to the Z1 which apparently has been doing quite in India and other markets where it’s available.

The Samsung Z2 will continue to flaunt the same generic Galaxy design, but it will be quite different from its predecessor. As you can see in the image below, the phone will have a rectangular home button instead of the square look seen on the Z1 and the sides appear to have smoother curves. The handset resembles the Galaxy S3 to some extent, but then again, almost every other device from the company does too. 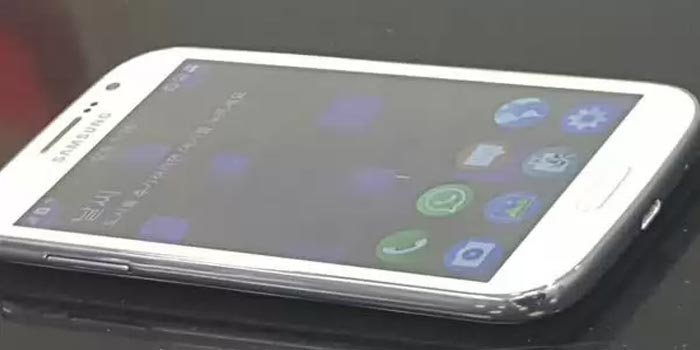 That’s all we can gather from the leaked images posted online by Tizen Experts. Samsung will reportedly preload its newest Tizen 3.0 OS onto the phone. Clearly, the handset will be marketed as a budget offering and we wouldn’t expect much from it in specs.

On that note, a previous leak from the same source revealed quite a bit of the Z2’s hardware. The display will be a qHD PLS TFT LCD panel, but the screen size is not known. Also, a quad core 32-bit processor will be delivering the steam.

Here’s a roundup of the known Samsung Z2 specs:

The Samsung Z2 is expected to go official during the first half of this year. What’s more, the company is also working on a global Tizen handset which will have mid-range specs like 2GB RAM, a 2600mAh battery, a 4.8-inch HD display and an 8MP camera.