Home Samsung Samsung Z2 might be launched on August 23

Samsung has sent out invites for an event to be held on August 23 which, according to rumors, will be for the launch of its Z2 smartphone. The design for the new phone was recently leaked in a promotional video. This will be the third device in the Tizen-powered series.

The Z2 will have a textured rear panel and a main camera of 5MP resolution, according to the leaked video. The lens might be accompanied by an LED flash unit. The display will either be of 3.7 inches or 4.5 inches, most probably with WVGA resolution. The video also suggests the inclusion of a flashlight feature with adjustable brightness controls. 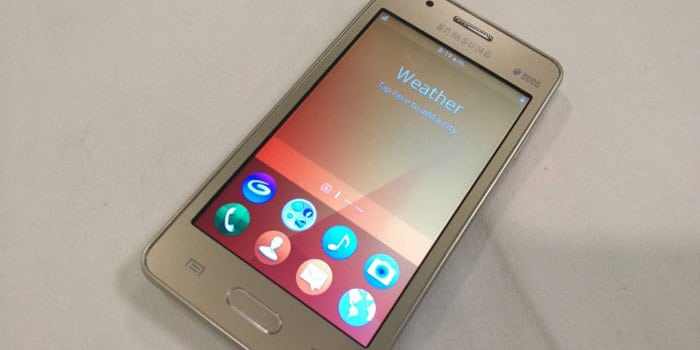 The Samsung phone may have 8GB internal storage, 1GB RAM along with a 1.5GHz quad core processor. It is likely to be fitted with either a 1500mAh or 2000mAh battery. The video also mentions a whole range of pre-loaded apps in the device. One of them is claimed to be an India-specific application called My Money Transfer.

Other apps that are said to come pre-installed include WhatsApp and Facebook. Samsung might include its ‘Ultra Data Saving Mode’ in the Z2 like its other budget phones. The device is also supposed to be the first Tizen-powered smartphone to have 4G LTE support.

Here is a list of the rumored specifications for the Samsung Z2:

The Samsung Z2 is expected to be priced at Rs 4499. We will keep you updated on the launch of this device.