Now that December 10 has come and gone, we’re waiting to hear about a new release date for the Samsung Z1 Tizen smartphone and it looks like that information has finally been revealed. A report from Korea suggests that the handset will go official in India on January 18 and it has even disclosed a price.

The Samsung Z1 Tizen smartphone is expected to retail for under KRW 100000, which amounts to roughly Rs 5800 after conversion. Throw in taxes and other fees and you can expect the handset to go on sale for around Rs 6000. PhoneArena is reporting this information which has been revealed by The Korea Economic Daily. 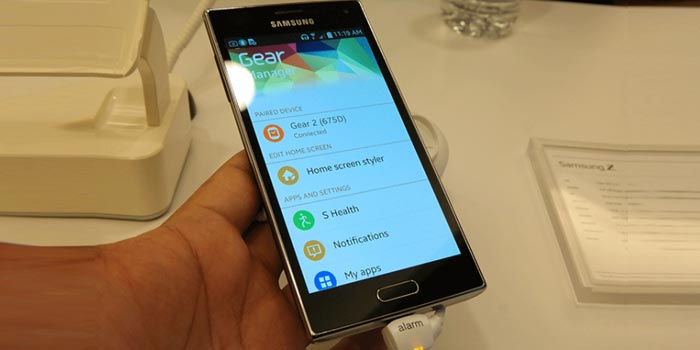 Unlike previous rumors, these details come straight from one of the company’s officials. Nevertheless, we’d still recommend taking the tidbits with a pinch of salt. The report also notes that the handset will go on sale through online stores and existing networks. What’s more, the Z1 smartphone will be making its debut in China in February and even Korea during the first half of 2015.

The upcoming Samsung handset runs on the home-brewed Tizen OS which has been in development for years now. The device doesn’t have much to offer in terms of hardware and it will cater to the entry-level segment with its basic features.

Here’s a roundup of the known Samsung Z1 specifications:

January 18 is certainly a long wait and it’s quite surprising to see that the Samsung Z1 Tizen smartphone won’t be cashing in on the holiday season sales.