The long-awaited Tizen-based phone you surely know as the Samsung Z1, has been released in India and it comes with an ultra-affordable price tag of Rs 5700. The handset is an entry-level one and it’ll have a lot of competition to face, especially from local and Chinese brands.

The Tizen OS is basically the South Korean company’s own platform which has been in development for many years. We’ve already seen it deployed in smartwatches, smart cameras and more. But its appearance on smartphones has been rather delayed. The Samsung Z1 isn’t the first to come with the OS, but it’s the only one to actually reach the market. 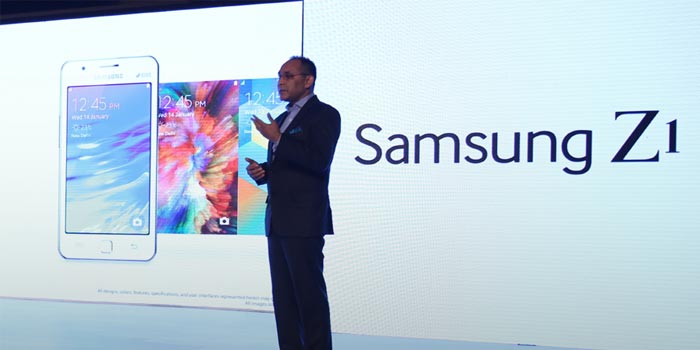 Previously, the Samsung Z showed up as a high-end device running the Tizen OS, albeit it was short-lived and permanently discontinued. The new one is basically the company’s attempt to distance itself from Android which it relies on heavily. And what’s interesting is that the OS will support apps designed for Google’s mobile OS.

Design-wise, the Z1 flaunts the same old Galaxy look even though it isn’t part of the series. The only way to differentiate it from other Samsung handsets is by looking at the home button which has a square shape instead of a rectangular design. 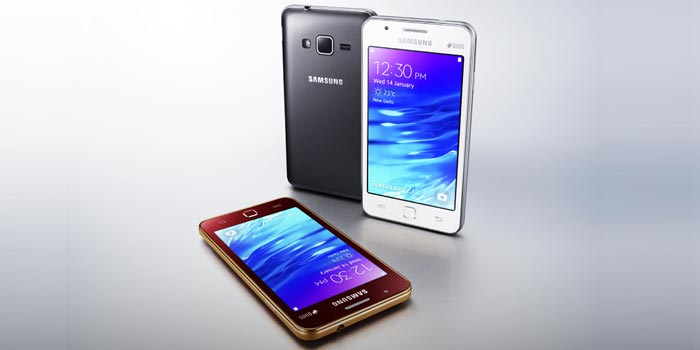 The Samsung Z1 smartphone will go on sale in India from today in options of red, white and black. There’s free internet usage being bundled in as well, through partnership with RCom and Aircel. This means customers will get a total of 3GB of data over 6 months.