The Samsung Z1 smartphone has apparently been doing quite well, so then why is it getting a price cut in India? Well, there are two possible reasons – One being that the device is near to its end of life since it’s a mere entry-level phone and the OEM wants to clear stock. Or there’s a successor that’s coming soon to the market which many reports are suggesting.

From Rs 5700, the Samsung Z1 smartphone has been dropped down to a mere Rs 4990 and this amount has been reflected on the company’s online store. As for the successor, the handset will apparently be called the Z2 and be a small upgrade over the current model. 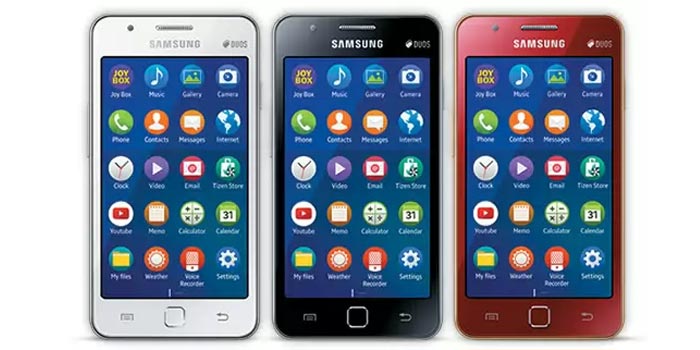 The biggest change here will be that the Samsung handset will carry the latest Tizen 3.0 OS which is said to offer a UI similar to that of the SUHD TV interface. The PLS TFT LCD panel will also be getting a nice bump in resolution to 960 x 540 pixels qHD, albeit the screen size is still a mystery.

Also read: Xiaomi Mi 4i could launch at global Mi phone event on April 23 in India

The remaining leaked components aren’t anything to write home about either as the phone will apparently have a 2000mAh battery, 1GB RAM and a 32-bit quad core processor. The Z2 isn’t the only upcoming Tizen smartphone as Samsung is giving its homebrewed OS another shot at the global market through a new handset. TizenExperts is reporting that there’s no name for the upcoming flagship device as yet, but quite a bit of its hardware details have been leaked.

The Samsung Z2 smartphone is expected to go official in India in the first half of this year, but there’s no word on when the mystery global handset will arrive. What we do know is that the Tizen flagship will be headed to Korea, the US, the EU, Russia, China, India, France, Malaysia and South Asia.