If you’ve ever owned a Samsung smartphone, you’ll definitely be aware of the ChatON messaging service which is one of the many bloatware utilities the company pushes into its devices. The rarely used application is seemingly finding it difficult to compete against other similar services, which is probably why it is on the verge of being shut down.

Samsung has announced that ChatON will be discontinued in all markets except the US from February 2015 onwards. This news follows various rumors which had given us a clue of the announcement beforehand. 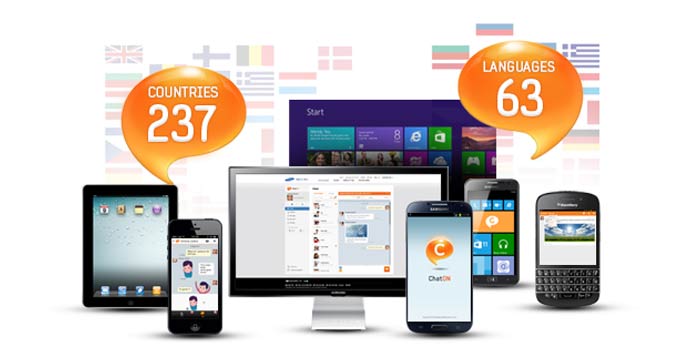 According to Engadget, the South Korean giant has told Yonhap News that ‘changing market conditions’ are to be blamed for this decision. It has however, stopped short of explaining why it will be continuing its journey in the US.

ChatON may boast of more than 100 million subscribers at the moment, but the fact that it comes pre-installed on all of the company’s smartphones has a lot to contribute to this number. Very few people will actually admit to be using it, as competing services like WhatsApp, BBM and Line are receiving more preference.

The ChatON service is not only available on mobile platforms like Android, iOS, Windows Phone, BlackBerry and more, but is also accessible through a web client. Some of its distinguishing features include the ability to recall messages, a feature which lets you create animated messages, location/route sharing support and more.

Samsung has said that users will definitely be allowed to back up their data before ChatON closes down on February 1. More information on that is expected to be provided it the weeks to come.