Samsung is reportedly keen to increase its investments in India’s slowly advancing 4G market, according to none other than Telecom Minister, Ravi Shankar Prasad. Only Aircel and Bharti Airtel currently have 4G network support in the country, while Reliance Jio is still working on setting up one of its own.

Prasad is presently on a 5-day visit to South Korea which will see him making a strong case for investors to pour their money into electronics manufacturing on these shores under the Prime Minister’s Make In India campaign. Ever since the NDA government took over, the mood has been more hopeful across all fields of business. 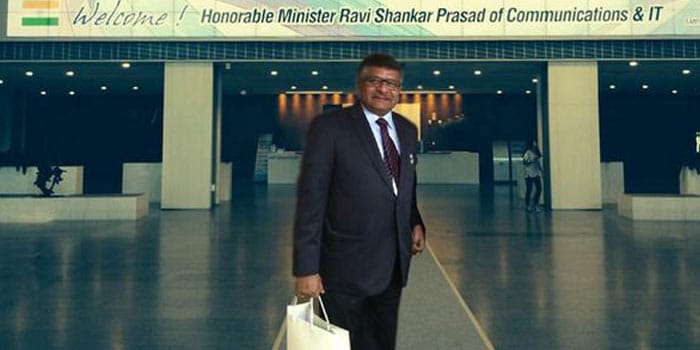 Apart from Samsung, LG is also said to have hinted at its interest in 4G, all this due to the ‘changed investment climate’ in the nation. NDTV Gadgets which refers to PTI for the story, notes that the former company’s CEO Jong Kyun Shin, even praised Indian engineers for helping the mobile brand succeed so well on a worldwide scale.

The government is keen to ensure that India doesn’t have to depend on import of any electronics by 2020, with increased job opportunities being one of its key goals. So it comes as no surprise for Prasad to be courting biggies such as Samsung which already has established one of its largest R&D centers in Bangalore.

It also has manufacturing plants for production of goods like TV sets and mobile phones in the country. If something is not done about imports by the Indian electronics market, it will amount to almost $300 billion by 2020. Can you see how much scope for employment lies wasted if no decision is made to take advantage of this?

Apart from the news about Samsung’s views on increasing its investment in 4G, Prasad’s visit also revealed another objective the Indian government is working towards. It is intent on drumming up support to promote solar power as an alternative, clean source of energy here.