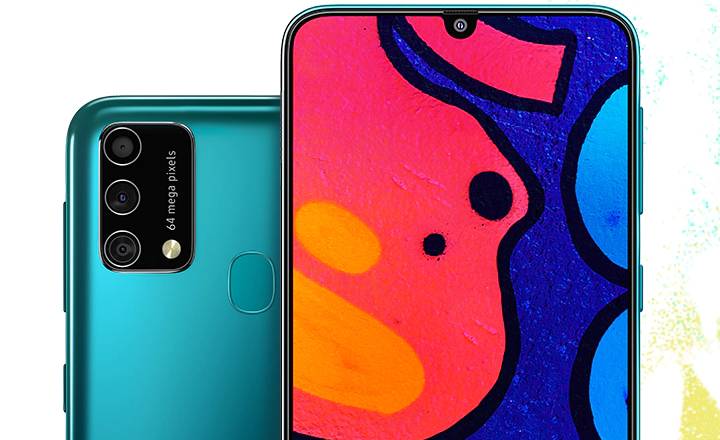 Samsung is all set to take the veil off its new F-Series of smartphones with the launch of the Galaxy F41. Flipkart has confirmed that this phone will be released at 5:30 pm on October 8 and will ship with a 64MP triple rear camera system. A teaser on the e-commerce website also gives us our first look at the phone’s design.

Looks like the Samsung Galaxy F41 will adopt an Infinity-U screen, housing the front camera inside a tiny notch up top. Its triple rear camera setup will be enclosed inside a vertical rectangle, much akin to the newer flagship phones from the South Korean company. The screen on this device is going to be of the Super AMOLED kind, which is always great news.

Another thing that has been revealed by the teaser is that the phone will come with a 6000mAh battery inside it. That should grant it enough power to last for two days straight on a single charge. The other two cameras on the rear surface could be meant for ultra-wide and portrait shots.

Past leaks have told us that the Galaxy F41 is likely to be powered by the Exynos 9611 SoC that we’ve already seen on the Galaxy M31s, Galaxy A51, and other Samsung smartphones. This will give it a 2.3GHz octa-core processor with four Cortex-A73 cores and four Cortex-A53 cores. The Mali G72 GPU is also part of the setup.

The launch of the Samsung Galaxy F41 will be accompanied by what the company calls the Full On Festival. This will be a virtual affair that will have rapper Divine, comedian Rahul Dua and singers Neeti Mohan and Neha Kakkar performing. As we said, October 8 is when the device will be launched in India.