Samsung is slowly but surely severing ties with Google, and the company’s latest move had it signing up Nokia’s Here Maps for its Gear smartwatch and Galaxy smartphones. The application is being made available for Tizen devices and since the upcoming Samsung Gear S is the only wearable from the brand with a GPS chip, it will only work with this one as far as we know for now.

The beta version of Nokia Here Maps for Samsung Galaxy handsets will also be rolled out for free in early October, coinciding with the date on which the aforesaid smartwatch will be launched. As we’ve known for some time, Samsung is gearing up to become independent of Google even though it announced an Android Wear device for 2014. 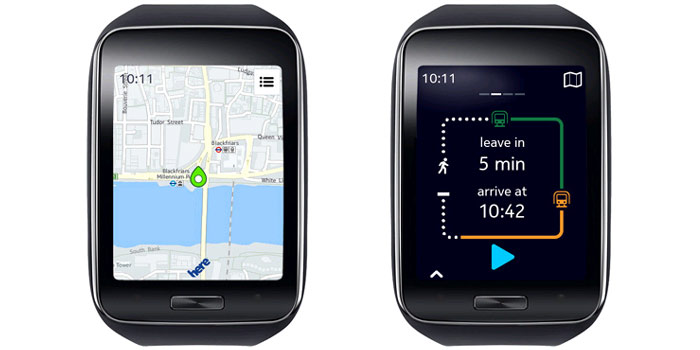 Since Samsung owes a big part of its success to Android and continues to earn profits from its products running on Google’s mobile OS, it’s easy to see why the company is taking it slow. But this new move to incorporate Nokia’s Here Maps into its Tizen and Android offerings cannot be disguised as anything but an open snub against the Mountain View giant.

Nokia Here Maps will power an app dubbed Navigator on Samsung’s Gear S. This is designed to deliver turn-by-turn navigation for pedestrians as well as public transit routing. While it can work as a standalone software and allows people to store data on the smartwatch for offline use, the developers say that it may be paired with Here beta for Galaxy smartphones. 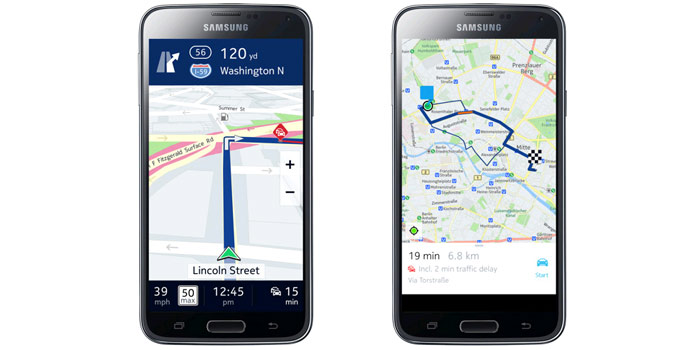 Samsung Galaxy smartphone owners can download the beta version of Nokia’s Here Maps for offline usage too. It offers turn-by-turn driving or walking guidance without a data connection for nearly 100 countries across the globe. It also manages to provide public transport maps for over 750 cities without needed Internet connectivity and live traffic information for more than 40 nations.

We bet Samsung is praying that Tizen will take off well, because who knows if decisions such as this move to Nokia Here Maps for its Galaxy phones and smartwatches will be taken kindly by Google.